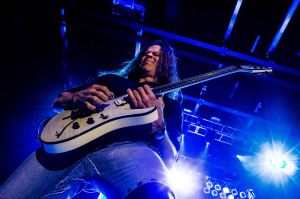 “Due to artistic and musical differences, it is with great reluctance that I announce my departure from Megadeth to pursue my own musical direction. I want all of you to know how much I appreciate the amount that you the fans have accepted and respected me as a member of Megadeth for the last seven years, but it is time for me to move on. I wish Dave [Mustaine] and everyone in Megadeth all the best. I am working on a few things of my own and hope that when they come out, you will all dig it.”

Shawn Drover, who left the band yesterday, released this statement:

“After 10 years, I have decided to quit Megadeth to pursue my own musical interests. I want to thank Dave Mustaine and the entire Megadeth family, as well as thanking all the amazing Megadeth fans around the world!!! I truly appreciate all of you. Stay tuned for info on my next musical journey.”

Shawn joined Megadeth in 2004 and was recruited by his brother and then-Megadeth guitarist Glen Drover. 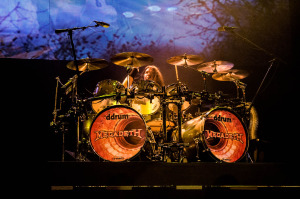 Glen left the band in 2008 to focus on his family life, and Chris Broderick took his place. With Megadeth, Shawn and Chris played on three studio albums together, the last of which was 2013’s Super Collider. The disc debuted at #6 on the Billboard Top 200. Megadeth have been reportedly putting the finishing touches on their 15th studio album which is due out some time in 2015. Before the departure of Shawn and Chris, the band had been making plans to tour in the new year as well. Back on November 11, Megadeth released their first five studio albums on limited edition vinyl via Capitol Records. – by Matt Bishop