Home » COLLISION COURSE – A CONVERSATION WITH DAVE MUSTAINE OF MEGADETH

COLLISION COURSE – A CONVERSATION WITH DAVE MUSTAINE OF MEGADETH 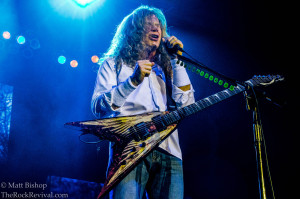 Thrash metal titans Megadeth recently completed their North America Super Collider Tour in support of their latest album of the same name. The disc debuted at #6 on the Billboard Top 200, and has garnered praise from fans and critics alike. I got a chance to sit down with frontman Dave Mustaine backstage at the Sands Event Center in Bethlehem, PA to talk about the record, the tour, and what’s next for the band. 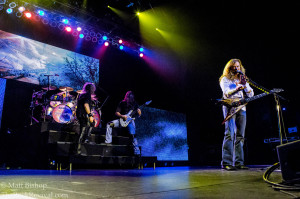 bassist David Ellefson. In 1985, the band released their debut album via Combat Records. That same year, they toured North America for the first time to support the album with special guests Exciter. Not soon after, Megadeth began to draw much attention from major labels, and in 1986 they inked a deal with Capitol Records. They released their sophomore masterpiece, Peace Sells…But Who’s Buying?, that same year. The album is widely considered to be one of the blueprints of thrash, and one of the greatest heavy rock albums of all time. The music video for the album’s title track received heavy airplay in MTV. In 1987, Megadeth were tapped as the support act for Alice Cooper’s Constrictor Tour. The band released their third record, So Far, So Good…So What! in 1988. Megadeth toured relentlessly to support the album, including supporting Dio on his European tour, and Iron Maiden in the U.S. on their 7th Tour of a 7th Tour. 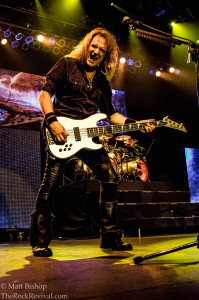 At the turn of the decade, Megadeth released their fourth LP, Rust In Peace in 1990. The album was critically praised, and the band was nominated for a Grammy Award for Best Metal Performance. Megadeth toured heavily that year, with two Clash of the Titans Tours – Europe with Slayer, Testament, and Suicidal Tendencies and the United States with Slayer, Anthrax, and and up-and-coming Alice In Chains. The band also toured North America with Judas Priest, and snagged at the second annual Rock in Rio. In 1992, the band returned to the studio for arguably their finest hour. Megadeth released Countdown To Extinction on July 6, and the album debuted at #2 on the Billboard Top 200. The album was a slight departure from their thrash roots with tighter song structure. It quickly went double-platinum, and garnered the band another Grammy Nomination for Best Metal Performance. The band embarked on a world headlining tour in December with support from Pantera and White Zombie, as well as Stone Temple Pilots on select dates. In 1993, they recorded the song “Angry Angry” for the soundtrack of the blockbuster film, Last Action Hero. The track gave the band another Grammy Award nomination.

In 1994, Megadeth released Youthanasia, which debuted at #4 on the Billboard Top 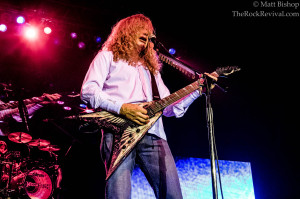 200. The band toured the world once again, with various support acts including Korn, Fear Factory, and Corrosion of Conformity. Megadeth co-headlined Monsters of Rock in 1995 alongside Alice Cooper and Ozzy Osbourne. From 1997-2009, Megadeth released 6 studio albums, all of which debuted in the Top 25 on the Billboard Top 200. Their 1997 release, Cryptic Writings, went platinum. In 2011, the band released their thirteenth studio effort, appropriately titled TH1RT3EN. The disc debuted at #11 on the Billboard Top 200, and the album’s three singles earned the band three Grammy Award nominations. In the summer of 2011, Megadeth were a featured act on Mayhem Festival alongside Disturbed, Godsmack, Machine Head, Trivium, and more. – by Matt Bishop (MEGADETH LIVE GALLERY) 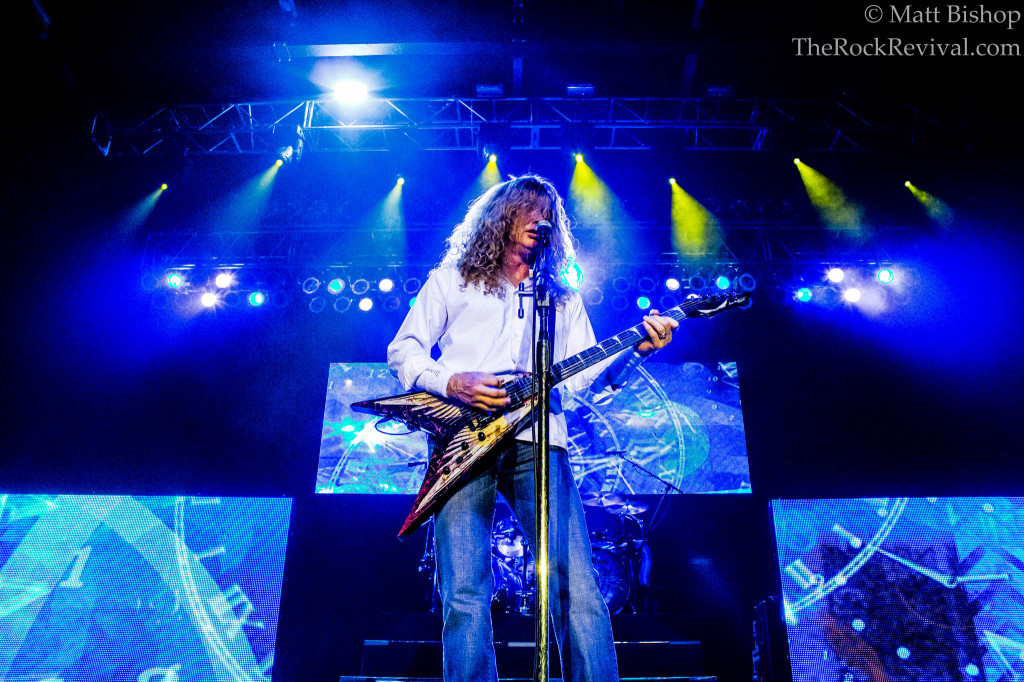