U2, LINKIN PARK, SYSTEM OF A DOWN, INCUBUS, SMASHING PUMPKINS, and MORE SET FOR KROQ’S 25th ANNUAL ALMOST ACOUSTIC CHRISTMAS

The legendary Los Angeles rock radio station KROQ has announced an epic lineup for their 25th Annual Almost Acoustic Christmas. The station is celebrating the show’s silver anniversary in style with a lineup that includes U2, Linkin Park, Imagine Dragons, Fall Out Boy, Rise Against, Weezer, Modest Mouse, and more. The show will also feature performances from artists like Incubus, Smashing Pumpkins, Bush, Tears For Fears, and System of a Down – all of which have been quiet for quite some time. Rounding out the bill are some of the top up-and-coming acts in the world including Royal Blood, New Politics, Vance Joy, and Walk The Moon. The two-night holiday spectacular is set to take place on December 13 and 14 at The Forum in Los Angeles, CA. – by Matt Bishop 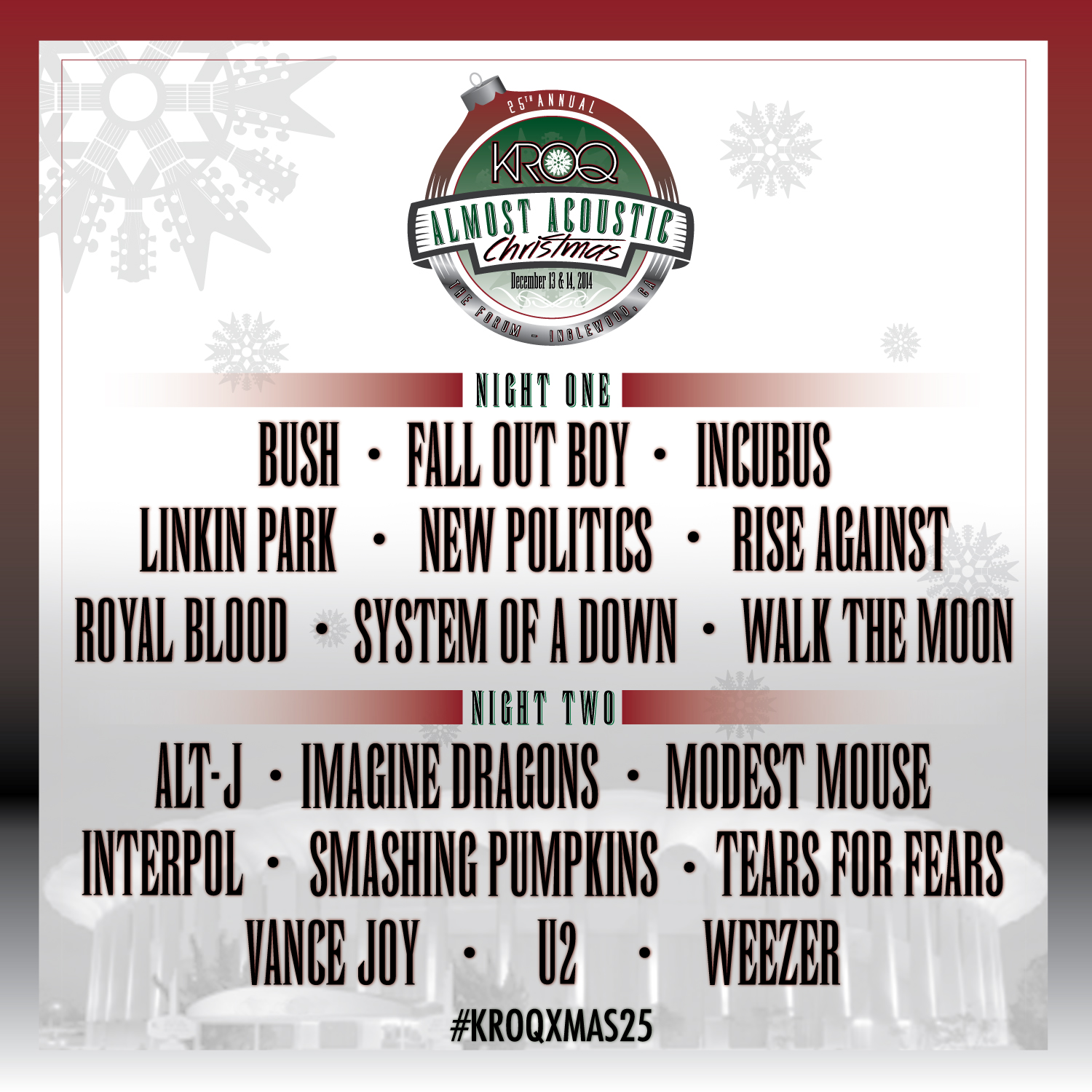