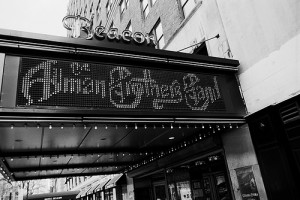 The Allman Brothers Band have announced the dates for their 10-show stand at the historic Beacon Theatre in New York City. An annual tradition since 1989, the legendary southern rockers have played a residency every spring at the Beacon since then. The band will run from March 1 to March 16. “Yes, it’s that time,” laughs Gregg Allman. “The Beacon run is always magical. The room sounds great, lots of familiar faces and the band really stretches out. After Macon, New York is really our second home. There’s just something about it, and our fans know it.”

Since 1989, the band has sold out the Beacon Theatre over 210 times. An Allman Brothers show at the Beacon is a highlight moment, both for the band and the fans. Throughout the years, the band has been joined on-stage by many special guests including Eric Clapton, Bob Weir, Phil Lesh, Bruce Hornsby, Billy Gibbons, Jimmy Herring, Widespread Panic, Taj Mahal, Johnny Winter, Boz Scaggs, Grace Potter, the Asbury Jukes Horns, Kid Rock, Buddy Guy, Hubert Sumlin, Sheryl Crow, Dr. John, Bruce Willis and Bernie Williams, and many more.

In addition to the Beacon Theatre shows in 2013, the band has been invited by Eric Clapton to perform one night at his annual 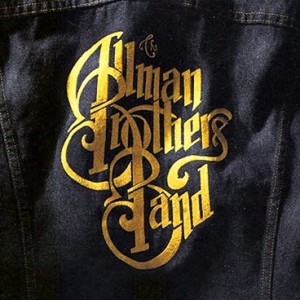 The Allman Brothers Band was founded in Daytona Beach, FL in 1969 by brothers Greg and Duane Allman. Between 1971 and 2005, eleven of the bands albums were certified gold, and five were certified platinum. Their 1971 album, At Fillmore East, is widely considered to be one of the greatest live recordings of all time. In 1995, the band was inducted into the Rock and Roll Hall of Fame, and in 1996, the song “Jessica” won the Grammy Award for Best Rock Instrumental Performance. In 2004, they were ranked #52 in Rolling Stone Magazine’s “100 Greatest Artists of All Time”. In 2012, the band celebrated their 43rd anniversary as a group, dubbing it “The Year of The Peach”. The band was honored with the Grammy Lifetime Achievement Award, and they headlined the Peach Music Festival back in July. – by Matt Bishop