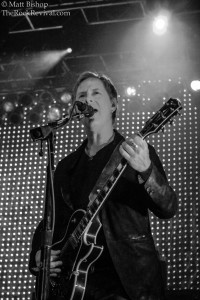 Heavy grunge godfathers Alice In Chains are making huge waves once again in 2013. The band has been on a monster trek across North America, headlining some of the country’s biggest festivals including Carolina Rebellion and Rock On The Range in addition to their own shows. Since returning to the fold in 2007, the band has proven that they didn’t mount a comeback just to re-hash the glory days and make a couple bucks. They toured with Velvet Revolver in 2007, and released their first studio LP in 14 years – Black Gives Way to Blue – in 2009. The album was a huge hit with fans, and received much critical acclaim. Some say it’s the best overall effort of the band’s career. In 2013, AIC is showing us that ’07-’09 was no fluke. In the midst of a monster tour, the band released their new album, The Devil Put Dinosaurs Here, on May 28. 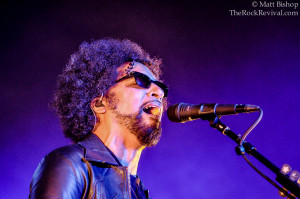 Event Center in my hometown of Bethlehem, PA. The set was nothing shot of spectacular. There’s no frills with this band; what you see is what you get. They come out, the rock hard, and they leave. Pure and simple. The band sported a setlist spanning their entire career, including some rare fan favorites and one track off the new record. As a whole, the band is focused and tight as hell when they play live. Since regrouping in ’07, it took them no time at all to find their stride with new vocalist William DuVall. DuVall also plays rhythm guitar on occasion, and as an extra special treat for the fans – lead guitarist Jerry Cantrell takes over lead vocals on two songs. As far as lead/background vocals go, DuVall and Cantrell may be the best in the business. The similarities in their voices create near-perfect dual harmonies that are a big signature in Alice In Chains’ music. Although, it was tough to hear at times over the whole crowd singing every damn word, but it’s always awesome when that happens. 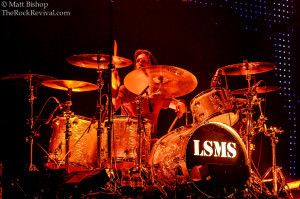 Alice In Chains are largely credited for ushering a new brand of heavy metal at the turn of the decade in 1990. While it only hit #42 on the Billboard Top 200, their debut album, Facelift, has gone on to be certified double-platinum and features arguably their biggest hit: “Man In The Box”. After the explosion of their first record, AIC returned in 1992 with their sophomore effort, Dirt, which hit #6 on the Billboard Top 200. The album has since gone on to sell over 5 million copies, achieving 5x platinum status by the RIAA.

In 1995, the band released what would be their final album with vocalist Layne Staley. 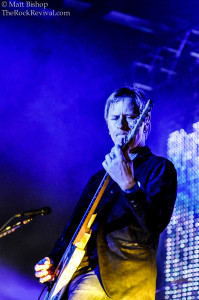 The self-titled LP debuted at #1 on the Billboard Top 200, and eventually went triple-platinum. During this five-year stretch, Alice In Chains toured with the likes of Van Halen, Iggy Pop, Poison, Anthrax, Slayer, Megadeth, and Ozzy Osbourne. They also toured on Lollapalooza in the summer of 1993. Throughout their entire career, the band has been nominated for 8 Grammy Awards and 1 American Music Award. They have also been nominated for 3 MTV Video Music Awards, winning 1 in 1993 for the song “Would?”.

The band has enjoyed much success in recent years since their reformation in 2005. After playing a series of 1-offs with special guest vocalists, the band officially reformed with new vocalist William DuVall in 2008 and entered the studio to begin work on a new album. Much like contemporaries Soundgarden, it had been 14 years since AIC’s last studio effort. In 2009, Black Gives Way To Blue was released to much fan praise and critical acclaim. The record hit #5 on the Billboard Top 200, and garnered the band two Grammy Award nominations. 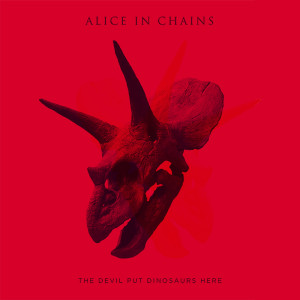 Alice In Chains were one of the most successful music acts of the 1990s, selling over 25 million albums worldwide throughout the decade. In 1992, the band released sophomore album, Dirt, which was critically acclaimed and has been certified quadruple platinum. Two of the band’s albums, Jar of Flies and Alice in Chains, both hit #1 on the Billboard Top 200. In total, Alice In Chains have received eight Grammy Award nominations throughout their career. The band will be dropping a new album in 2013. The record’s first single, “Hollow”, was released back 0n December 18, 2012. The new album, The Devil Put Dinosaurs Here, dropped on May 28 and hit #2 on the Billboard Top 200. After this tour leg, the band is set to headline the Rockstar Energy Drink Uproar Festival, which kicks off on August 9. Alice In Chains are still back, and as good as ever. – by Matt Bishop (@The_MattBishop)