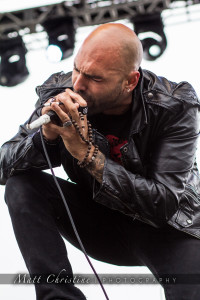 I’ve been to a lot of shows in my time as a music journalist. Interviewed a lot of bands, took a lot of photos, and traveled all across the country. So far, the best friends I’ve made in this business are my brothers in Otherwise. No matter how busy the day is, whenever they roll through town, they always take the time to sit down and talk with me. This year at Carolina Rebellion was no different. The band was given the daunting task of opening a huge festival that included the likes of Alice In Chains, Deftones, Soundgarden, Limp Bizkit, Rise Against, Buckcherry, and many more. Some people think that the further down on the concert poster you are, the worse or less popular you are. This is false. The fact is, you need an explosive and talented band to wake up the crowd and set the tone for the weekend. And right now, there’s no band fit for the task better than Otherwise. I got to talk to Adrian, Ryan, and Corky backstage about their set, their upcoming third single from their debut LP, and much more.

Otherwise are one of the most humble, hard-working bands in the music business. Their major label 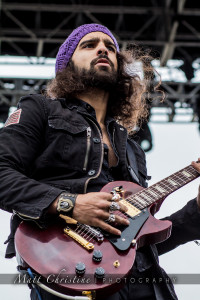 debut, True Love Never Dies, was released on Century Media Records in early 2012. Before that, however, the band was already making waves. Fox News dubbed them one of the best unsigned bands in the country, and their single, “Soldiers”, sold over 10,000 copies on iTunes. The album’s second single, “I Don’t Apologize (1,000 Pictures)”, gave the band their second Top 10 hit. They have been touring relentlessly for the past 2 years, playing festivals like 48 Hours, Rock On The Range, and Rock Allegiance, as well as supporting bands like 3 Doors Down, Stone Sour, Papa Roach, Daughtry, Pop Evil, Hellyeah, Puddle of Mudd, Buckcherry, Taproot, and Hurt. The Wise Onez are once again dominated “World’s Loudest Month” this year, playing Rock On The Range (Columbus, OH) Carolina Rebellion (Charlotte, NC) and Welcome To Rockville (Jacksonville, FL). They guys are taking a short break from the road, but heading out again this summer with Sevendust and some additional headlining dates. A third single from their smash-hit debut should be announced soon as well. – by Matt Bishop (Photography by Matt Christine)