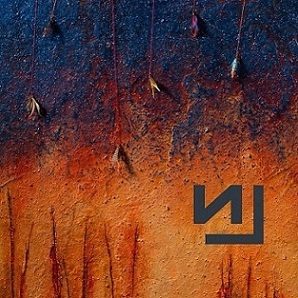 Industrial rock legends Nine Inch Nails have announced the title and release date of their 8th studio album, Hesitation Marks, which is due out on September 3, 2013 via Columbia Records. The album’s first single, “Came Back Haunted”, can be heard in the video above and can be downloaded now on iTunes when you pre-order the new album. The cover art, which can be seen on the left, sports a refined NIИ logo. In addition, the band has announced a new tour, Tension 2013, which kicks off in late September after their summer festival run concludes in Philadephia, PA with a headlining performace at Made In America Festival on September 1. Throughout the summer, the band will also be headlining Lollapalooza, Reading Festival, Zurich Open Air, Fuji Rock Festival, and many more. The Tension Tour will include a stop at Voodoo Experience in New Orleans this November with co-headliners Pearl Jam. 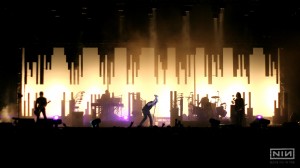 industrial genre, they incorporated elements of rock, metal, electronica, and alternative rock to forge a style all their own. They shook the music world to it’s core in 1989 with their debut album, Pretty Hate Machine. The record was truly groundbreaking, and has since gone on to be certified multi-platinum. In 1994, NIИ set the bar once again with their sophomore effort, The Downward Spiral, which debuted at #2 on the Billboard Top 200. The disc went on to sell over 5 million copies, and be certified quadruple-platinum. It spawned NIИ’s finest moment, the single Closer. The band’s third album was a monster double disc outing titled The Fragile, released in 1999. The album saw NIИ expanding their trademark sound, and once again the band debuted at #1 on the Billboard Top 200. From 2005-2008, the band released four more studio LP’s. Throughout their entire career, Nine Inch Nails were famous for their EPs, single releases, and remix albums. They have released approximately two-dozen since their inception. Every NIИ record is categorized with the word “Halo” followed by a number. – by Matt Bishop