Home » Rock News » Made In America Festival 2013 to feature Nine Inch Nails, Queens of The Stone Age, and more

Made In America Festival 2013 to feature Nine Inch Nails, Queens of The Stone Age, and more 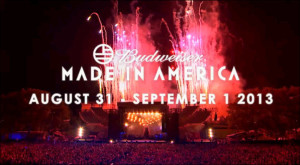 The line-up was announced today for Budweiser’s 2013 Made In America Festival. Set to take place once again in Philadelphia, PA on Aug. 31-Sept 1, this year’s stellar bill will be headlined by Nine Inch Nails, and also feature Queens of The Stone Age, The Gaslight Anthem, Imagine Dragons, Walk The Moon, and many more. One of the world’s more eclectic festivals, performances this year will once again spread through rock/hard rock, industrial, pop, rap/hip-hop, alternative, and DJ/dubstep. Last year’s festival featured performances from Pearl Jam, The Hives, and Gary Clarke, Jr. Tickets for this year’s installment will be on sale soon. Visit www.MadeInAmericaFest.com for more information and updates. 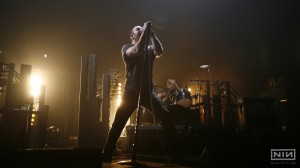 rock, metal, electronica, and alternative rock to forge a style all their own. They shook the music world to it’s core in 1989 with their debut album, Pretty Hate Machine. The record was truly groundbreaking, and has since gone on to be certified multi-platinum. In 1994, NIИ set the bar once again with their sophomore effort, The Downward Spiral, which debuted at #2 on the Billboard Top 200. The disc went on to sell over 5 million copies, and be certified quadruple-platinum. It spawned NIИ’s finest moment, the single Closer. The band’s third album was a monster double disc outing titled The Fragile, released in 1999. The album saw NIИ expanding their trademark sound, and once again the band debuted at #1 on the Billboard Top 200. From 2005-2008, the band released four more studio LP’s. Throughout their entire career, Nine Inch Nails were famous for their EPs, single releases, and remix albums. They have released approximately two-dozen since their inception. Every NIИ record is categorized with the word “Halo” followed by a number.

Queens of The Stone Age have officially tapped Foo Fighters frontman Dave Grohl to play drums on their upcoming sixth studio LP. The album is the long-awaited follow-up to 2007′s Era Vulgaris, on which Grohl did not play. Along with 2000′s Rated R, the band’s 2002 masterpiece Songs For The Deaf is one of the best albums of the decade, and the last time Grohl played with Queens of The Stone Age. The disc hit #17 on the Billboard Top 200, and went on to sell over 1 million copies. By the time Made In America rolls around, Queens of The Stone Age will be supporting their new album, …Like Clockwork, which is due out on June 4.

The Gaslight Anthem and Imagine Dragons are quickly becoming two of the biggest artists in the world right now. The Gaslight Anthem played Metallica’s first Orion Music + More Festival last summer in Atlantic City, NJ and their latest record, Handwritten, hit #3 on the Billboard Top 200. Imagine Dragons have been absolute monsters (pun intended) when it comes to touring as of late. The band is still on a world tour right now, with many huge festival stops planned this summer including Rock am Ring. Their debut album, Night Visions, debuted at #2 on the Billboard Top 200. – by Matt Bishop

Welcome to the Revival of rock 'n' roll music. The way you used to hear rock, see rock, and feel rock is going to be shattered into a million pieces, reassembled, and revived. Dive into the realm of rock with interviews, concert coverage, and breaking news that make the music seem real again - in your ears, in your mind, and right in front of your very eyes. You'll feel the cool steel of the guitar strings and the smooth wood grain of the drum sticks right in your hands, all with the echoes of reverb in your head. This is the way rock was supposed to be experienced. Welcome to the Revival of rock 'n' roll music.
View all posts by Matt Bishop →
Tagged  Imagine Dragons, Made In America Festival 2013, Nine Inch Nails, Queens of The Stone Age, The Gaslight Anthem.
Bookmark the permalink.