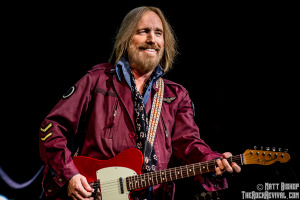 Classic rock legends Tom Petty & The Heart Breakers are in the midst of their 2014 tour in support of their newest album, Hypnotic Eye. The band’s 13th studio effort debuted at #1 on the Billboard Top 200 via Warner Bros. Records, marking the first time one of the band’s LP’s claimed the top spot. This tour is another of many go-arounds for Petty and Co., and the boys are still at the top of their game. The songs are crisp and loud, and the band looks like their having a blast on stage.

They opened with a cover of The Byrds’ “So You Want to Be a Rock and Roll Star?”, which is very appropriate given that the band are the epitome of ‘rock star’ status at this point in their career. 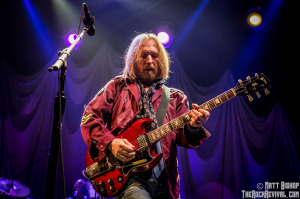 After the second song, their seminal “Last Dance with Mary Jane”, next came a new track, “American Dream Plan B” – Petty’s look at the American landscape in 2014. I can’t help but think it’s a sequel of sorts to their classic hit “Runnin’ Down a Dream”, which they rocked out later in the set. Then Petty took a moment to address the packed PPL Center and set the tone for the evening. “I hope you all don’t have anywhere to be for the next two hours or so, because we have a lot of songs to play and we don’t have anywhere to be.” From there, Petty and the Heartbreakers played three more songs of their new LP and plenty more fan favorites including “Refugee”, “Free Fallin'”, “I Won’t Back Down”, and others. They closed out the stellar 18-song set with their signature hit “American Girl”.

Tom Petty & The Heartbreakers debuted in 1976 with their self-titled LP. Just three years later, they released Damn The Torpedoes which stands as arguably the band’s best overall effort. Throughout their career, the band has sold over 80 million records worldwide and produced some of the greatest classic rock anthems of all-time. Their current tour concludes on October 10 at The Forum in Los Angeles, CA. – by Matt Bishop 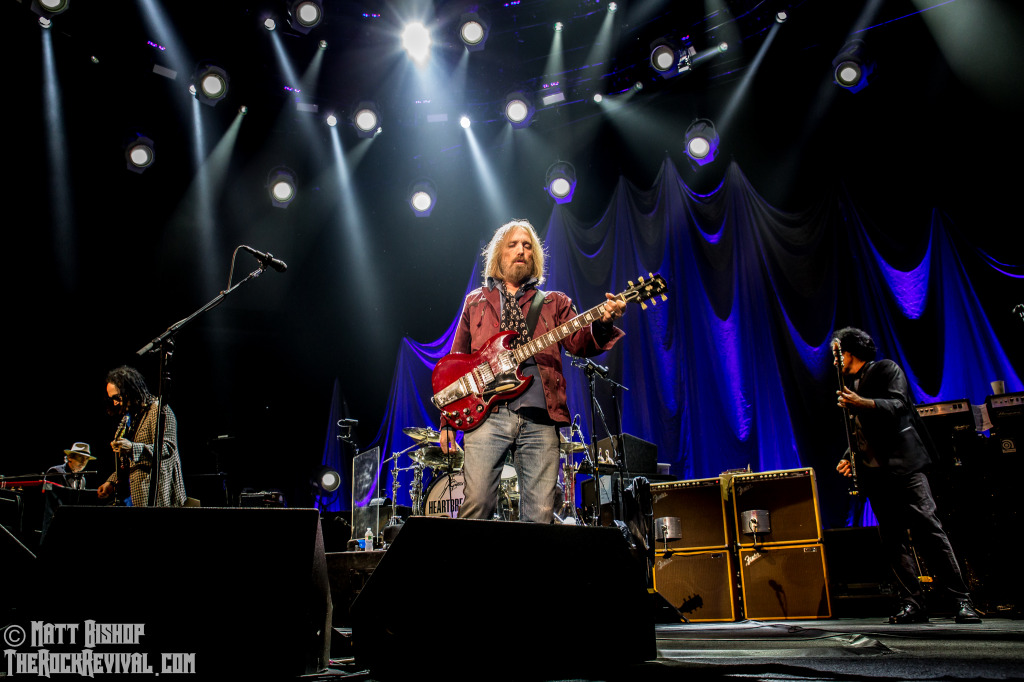 Welcome to the Revival of rock 'n' roll music. The way you used to hear rock, see rock, and feel rock is going to be shattered into a million pieces, reassembled, and revived. Dive into the realm of rock with interviews, concert coverage, and breaking news that make the music seem real again - in your ears, in your mind, and right in front of your very eyes. You'll feel the cool steel of the guitar strings and the smooth wood grain of the drum sticks right in your hands, all with the echoes of reverb in your head. This is the way rock was supposed to be experienced. Welcome to the Revival of rock 'n' roll music.
View all posts by Matt Bishop →
Tagged  allentown, classic rock, global spectrum, hypnotic eye, ppl center, rock music, The Rock Revival, TheRockRevival.com, Tom Petty & The Heartbreakers, tom petty 2014 tour, tom petty and the hearbreakers photos, tom petty live photos, tom petty live review, tom petty news, tom petty photo gallery, tom petty ppl center.
Bookmark the permalink.