Today, Motionless In White unleashed their new music video for “Reincarnate”, the title track off their brand new studio album that also dropped today via Fearless Records. The new disc is the follow up to the band’s last effort, 2012’s Infamous which hit #53 on the Billboard Top 200 and #5 on Billboard Hard Rock Albums. Over the summer, the band was a featured act on Warped Tour. The band is currently on the road now, with an upcoming appearance at Louder Than Life Festival in Louisville, KY on October 5. – by Matt Bishop 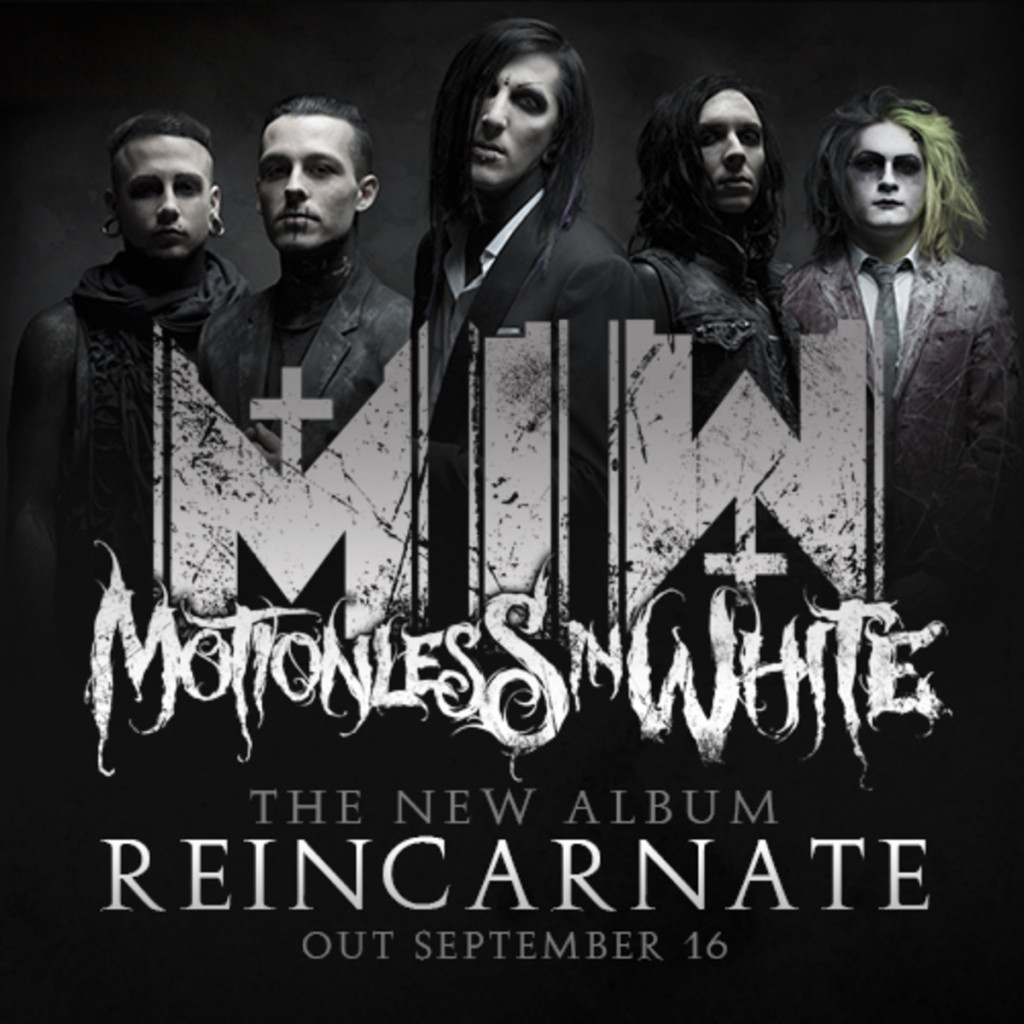