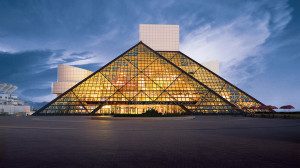 Music’s already star-studded evening just got a bit more spectacular. This year’s presenters have been announced. Tom Morello (Rage Against The Machine, Audioslave, Street Sweeper Social Club) will be inducting KISS, Michael Stipe (R.E.M.) will induct Nirvana, Glenn Fry (Eagles) will induct Linda Ronstadt. With Ronstadt being unable to perform, Bonnie Raitt, Stevie Nicks, Carrie Underwood, Emmylou Harris and Sheryl Crow will perform a joint tribute to her. Chris Martin (Coldplay) will induct Peter Gabriel, Questlove (The Roots) will induct Hall & Oates, and The E Street Band will be inducted by The Boss himself, Bruce Springsteen. This year’s Rock and Roll Hall of Fame Induction Ceremony will take place on April 10 at the Barclays Center in Brooklyn, NY.

KISS are one of the most successful acts in music history, having sold over 100 million albums worldwide. The band broke into the mainstream in 1974 with their self-titled debut album. In 1977, the band won the People’s Choice Award for Best New Song for “Beth”. KISS were nominated for a Grammy Award in 1999 for Best Hard Rock Performance. Unfortunately, KISS have declined the invitation to perform at the ceremony due a disagreement in which members of the band are being inducted.

Grunge legends Nirvana are being be inducted in their first year of eligibility. Just over a 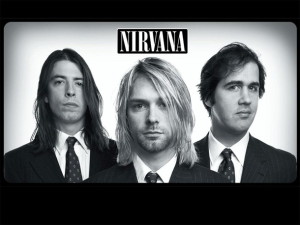 year ago, former Nirvana members Dave Grohl (drums) and Krist Novoselic (bass) reunited at the 12-12-12 Concert for Sandy Relief with none other than former Beatles legend and rock icon Paul McCartney on vocals and guitar. This year, the trio along with Foo Fighters guitarist Pat Smear won the Grammy Award for Best Rock Song for “Cut Me Some Slack”. There is no word yet on whether McCartney or Smear will join the remaining members of Nirvana again to perform at the induction ceremony. Nirvana’s music still remains very relevant today, and the band has sold over 75 million albums to date. Nirvana only released three studio LPs in their short but illustrious career. The band, along with McCartney, garnered the Grammy Award this year for Best

The E Street Band will be receiving the Hall of Fame’s distinguished Award for Musical Excellence for their work as Bruce Springsteen’s band. Springsteen himself was inducted to the Hall in 1999. Throughout his career, Peter Gabriel has garnered six Grammy Awards and thirteen MTV Video Music Awards. Hall and Oates were inducted into the Songwriters Hall of Fame in 2003. The duo have seven platinum albums and six #1 Billboard Hot 100 singles to their name. Another 2014 inductee is Andrew Loog Oldham, who was the manager and producer of The Rolling Stones from 1963 to 1967 and also produced albums for the likes of Rod Stewart, Jeff Beck, Eric Clapton, Jimmy Page (Led Zeppelin), and The Beatles. – by Matt Bishop (@The_MattBishop)