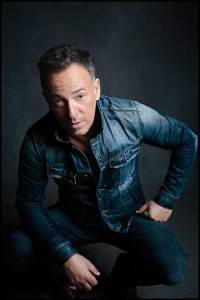 The Boss is back. Iconic rocker Bruce Springsteen and his E Street Band have announced their 2014 U.S. Tour. The trek kicks off on April 8 at the U.S. Bank Arena in Cincinnati, OH and wraps up with back-to-back performances at the Mohegan Sun Casino in Uncasville, CT on May 17-18. The tour is in support of Springsteen’s eighteenth studio album, High Hopes, which came out back on January 14. The LP debuted at #1 on the Billboard Top 200, giving Bruce his eleventh #1 album. Guitar virtuoso Tom Morello (Rage Against The Machine, Audioslave, Street Sweeper Social Club) contributed significantly to the album, and will be joining The E Street Band for the tour. Springsteen and the E Street gang will be hitting several cities that they missed on their 2012 tour in support of his last album, Wrecking Ball. Bruce is currently on tour in Australia and New Zealand until March 2. Two days after their U.S. Tour kicks off on April 10, The E Street Band are being inducted into the Rock and Roll Hall of Fame, receiving the Hall’s distinguished Award for Musical Excellence. Bruce was inducted into the Rock and Roll Hall of Fame and the Songwriters Hall of Fame in 1999. Tickets go on-sale Friday, February 14 at 10:00am EST via BruceSpringsteen.net. – by Matt Bishop (Photos Courtesy of Jo Lopez/Columbia Records)

CBS'S TRIBUTE TO THE BEATLES BRINGS OUT STAR-STUDDED LINEUP OF DAVE GROHL, MAROON 5, JOHN MAYER, AND MORE FOR TRIBUTE