In the spirit of good tidings, Theory of a Deadman have paid homage to the great AC/DC by releasing a cover of their classic holiday hit “Mistress For Christmas”. The song premiered on the band’s 1990 effort The Razor’s Edge. Since hitting #2 on the Billboard Top 200, the disc has gone on to sell nearly 12 million copies worldwide. Theory of a Deadman recently announced a 2015 U.S. tour with Bush. The trek kicks off on January 30 at The Masonic in San Francisco, CA and wraps up on March 14 at the Majestic & Empire Theatres in San Antonio, TX. 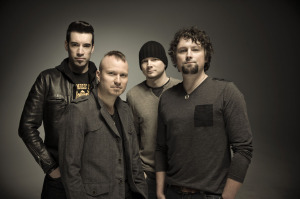 which debuted at #8 on the Billboard Top 200 and #1 on Top Rock Albums, Top Hard Rock Albums, and Top Alternative Albums. The band once again enlisted the services of longtime producer Howard Benson for the new record.Theory of a Deadman are set to tour later this summer into fall. They made a featured appearance at Rock On The Range 2014 back in May. Theory of a Deadman broke unto the scene in 2002 with their self-titled debut. Since then, all four of the band’s studio albums have charted in the Top 100 on Billboard. Their 2008 effort, Scars and Souvenirs, has been certified platinum. The band has toured with the likes of Mötley Crüe, Godsmack, Alter Bridge, and Black Stone Cherry. In 2011 they headlined the Carnival of Madness Tour, one of summer’s biggest touring rock festivals every year. 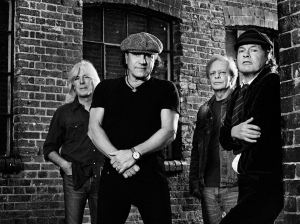 AC/DC have announced the first round of tour dates for their 2015 Rock or Bust World Tour. The worldwide trek will begin with a European leg that kicks off on May 5 at the Gelredome in Arnhem, Netherlands. More tour dates and festivals are set to be announced around the world in the coming weeks. The band’s new disc Rock or Bust (Columbia Records) just debuted at #3 on the Billboard Top 200 and the band recently unleashed the official music video for the album’s title track. The clip was directed by David Mallet, who has worked with the band for nearly 25 years. The band filmed the footage in two days at Black Island Studios in Middlesex, England. The video once again features former Shogun drummer Bob Richards who is filling in for Phil Rudd amid his ongoing legal issues. A few weeks ago, the band premiered the official music video for “Play Ball”, the album’s lead single. Stevie Young, nephew of lead guitarist Angus Young and former rhythm guitarist Malcolm Young, makes his debut with the band in the video. Stevie played rhythm guitar on the new album and will tour with the band in 2015 in place of Malcolm who retired from the band a few months ago due to illness. The new album was produced by Brendan O’Brien and mixed by Mike Fraser, both of whom worked on the band’s previous effort Black Ice.– by Matt Bishop 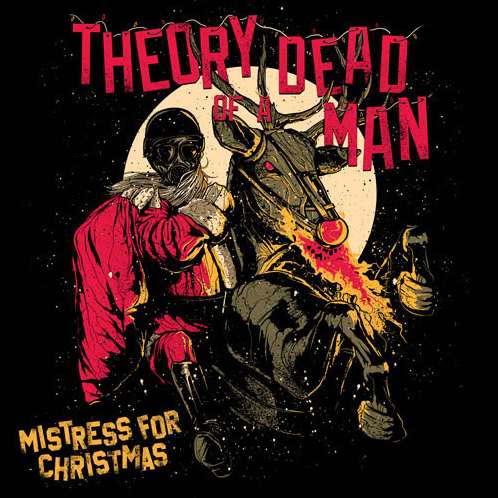