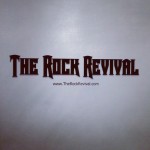 In the spirit of the summer concert season, The Rock Revival has announced The Summer Ticket Showdown, featuring concert ticket give-a-ways to some of the summer’s hottest rock concerts, including Slash, Godsmack with Pop Evil, Sevendust with Otherwise, Skillet, and Avenged Sevenfold. Go to The Rock Revival’s Facebook Page and ‘Like’ it for all the details on the contests. First up on the docket is Slash at the Sands Event Center in Bethlehem, PA on Tuesday, July 16. The Summer Ticket Showdown line-up is: 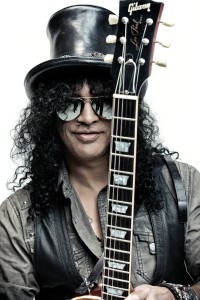 Slash’s latest solo album, Apocalyptic Love, debuted at #4 on the Billboard Top 200 back in 2012. The album’s first single, “You’re A Lie”, hit #4 on Active Rock Radio. The album also went #1 on U.S Hard Rock and Independent charts. This outing is the follow-up to 2010’s star-studded self-titled, Slash. Every track featured a different special guest vocalist, including Chris Cornell (Soundgarden), M. Shadows (Avenged Sevenfold), Dave Grohl (Foo Fighters), Myles Kennedy (Alter Bridge), and many more. After his guest appearance on the album, Slash tapped Alter Bridge vocalist Myles Kennedy for the tour. Today, Kennedy has become the permanent vocalist for Slash’s solo efforts, officially named Slash featuring Myles Kennedy & The Conspirators. The Conspirators are Brent Fitz (Union, Alice Cooper, more) on drums and Todd Kerns on bass. Post-Guns N’ Roses, Slash’s first solo stint came under the moniker Slash’s Snakepit, which produced two albums in fives years, and a U.S. tour supporting AC/DC in 2001. In 2004, he co-founded Velvet Revolver with Duff McKagen, Matt Sorum (The Cult, Guns N’ Roses). Along with rhythm guitarist Dave Kushner, the band handed the vocal duties to Scott Weiland (Stone Temple Pilots). Slash featuring Myles Kennedy & The Conspirators have been touring the world relentlessly for the last 2 years, with festival stops at Carolina Rebellion, Rock On The Range, Download Festival, and more. In addition to the Apocalyptic Love World Tour, Slash made a 10-day special guest appearance on Ozzy & Friends Tour in Europe. The tour was originally set as Black Sabbath reunion shows, but the bill was changed to Ozzy & Friends in the wake of Tony Iommi‘s on-going battle with cancer. Slash and the gang are currently on another U.S. tour leg.

In 2006, Godsmack released their fourth album, simply titled IV. It debuted at #1 on the Billboard Top 200 and showed a less intense, 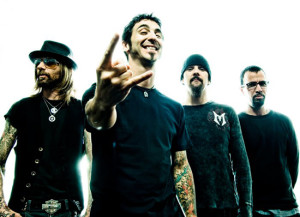 but riffier Sabbath-like sound. Eventually going gold, it brought the band to a perfect point to release a “best of” collection: Good Times, Bad Times…10 Years of Godsmack, which came out in 2007. The album debuted at #35 on the Billboard Top 200, and featured a cover of Led Zeppelin‘s “Good Times, Bad Times”. Over the next 3 years, the band would take some time off to relax in light of their 10th anniversary. In 2009, Godsmack returned to the road on Mötley Crüe‘s Crüe Fest 2 Tour. In 2010, they unleashed their fifth studio album, The Oracle. It became the band’s third straight LP to debut at #1 on the Billboard Top 200, and it sold over 117,000 copies in it’s first week of sales. Godsmack toured relentlessly again with support from bands like Five Finger Death Punch and Staind. They co-headlined Mayhem Festival 2011 with Disturbed, and Uproar Festival 2012 with Shinedown. In May 2012, the band released their first live album, Live & Inspired, which included a bonus EP of cover tunes. On May 30 at the Boston Garden, Godsmack played Boston Strong: An Evening of Support and Celebration, a special benefit show for the Boston Marathon Bombings along with Aerosmith, Boston, Extreme, J. Geils Band, James Taylor, and more. Godsmack are expected to head into the studio sometime later this year or in early 2014 to work on a new studio record, but for now, they are back on the road. 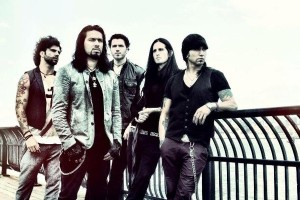 Pop Evil broke out with their major-label debut, Lipstick On The Mirror, in 2008. The band worked with Kid Rock producer Al Sutton on the record, and it spawned the hit single “100 in a 55”. The band proceed to tour with Buckcherry, Saliva, Whitesnake, and Judas Priest on their British Steel 30th Anniversary North American Tour. Pop Evil have exploded onto the mainstream with the success of their sophomore effort, War of Angels, which hit #43 on the Billboard Top 200. The disc produced four hit singles. The album’s third single and huge radio hit, “Boss’s Daughter”, was co-written by Mötley Crüe guitarist Mick Mars, and Mars also makes a guest appearance on the track. On this album cycle, the band has toured with the likes of Drowning Pool, Trust Company, Finger Eleven, Escape The Fate, 3 Doors Down, Puddle of Mudd and Theory of a Deadman. Last Summer, the band toured on the Trespass America Festival, then headed to Canada for a run with Black Label Society. The band recently released their third studio album, Onyx, on May 14. The album hit #39 on the Billboard Top 200, and the lead single, “Trenches”, recently gave the band their first #1 Mainstream Rock Radio hit.

Sevendust formed in 1994 and exploded into mainstream metal with their 1997 self-titled debut album. The record went gold, and the

band landed a coveted slot on Ozzfest ’98 alongside Ozzy Osbourne, Tool, Limp Bizkit, System of a Down, Incubus, Motörhead, Megadeth, Melvins, and Soulfly. In 1999, Sevendust released their sophomore mega-hit, Home. The album debuted at #19 on the Billboard Top 200. That same year, the band played the epic Woodstock ’99, which marked the 30th anniversary of the original festival. After two more studio albums, the band released the ultra-heavy Alpha, which debuted at #14 on the Billboard Top 200 in 2007. In 2008, the band saw the return of previously-departed guitarist Clint Lowery. They released a new LP, entitled Chapter VII: Hope & Sorrow. The star-studded LP featured appearances by Christ Daughtry (Daughtry), Mark Tremonti (Creed, Alter Bridge), and Myles Kennedy (Alter Bridge, Slash). The disc debuted at #19 on the Billboard Top 200. Sevendust recently released their 9th studio album, Black Out The Sun, on their label 7Bros. Records via Warner Music Group. The music video for the album’s first single, “Decay”, is out now as well. The highly-anticipated new album comes nearly three years after 2010’s Cold Day Memory, which hit #12 on the Billboard Top 200. 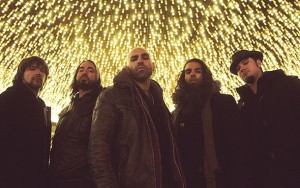 Otherwise are one of the most humble, hard-working bands in the music business. Their major label debut, True Love Never Dies, was released on Century Media Records in early 2012. Before that, however, the band was already making waves. Fox News dubbed them one of the best unsigned bands in the country, and their single, “Soldiers”, sold over 10,000 copies on iTunes. The album’s second single, “I Don’t Apologize (1,000 Pictures)”, gave the band their second Top 10 hit. They have been touring relentlessly for the past 2 years, playing festivals like 48 Hours, Rock On The Range, and Rock Allegiance, as well as supporting bands like 3 Doors Down, Stone Sour, Papa Roach, Daughtry, Pop Evil, Hellyeah, Puddle of Mudd, Buckcherry, Taproot, and Hurt. The Wise Onez are once again dominated “World’s Loudest Month” this year, playing Rock On The Range (Columbus, OH) Carolina Rebellion (Charlotte, NC) and Welcome To Rockville (Jacksonville, FL). They guys are taking a short break from the road, but heading out again this summer with Sevendust and some additional headlining dates. A third single from their smash-hit debut should be announced soon as well.

Skillet formed in Memphis, TN in 1996. After releasing five studio LPs, the band hit the mainstream with their 2003 album Collide, 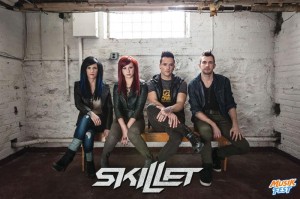 which cracked the Billboard Top 200 at #179 and garnered the band their first Grammy Award nomination for Best Rock Gospel Album. In 2006, the band released Comatose. The album went gold, and earned Skillet their second Grammy Award nomination for Best Rock/Rap Gospel Album. The band followed up with an even bigger success in 2009 with Awake, which debuted at #2 on the Billboard Top 200, and eventually went platinum. The album won the band the Billboard Music Award for Top Christian Album in 2011. Famous for their extensive touring, Skillet have shared stages with artists like Stone Sour, Creed, Shinedown, Three Days Grace, Breaking Benjamin, Papa Roach, Seether, Theory of a Deadman, Halestorm, and many more. Throughout their career that spans over a decade, the band has been nominated for 2 Grammy Awards, 3 Billboard Music Awards, and 18 GMA Dove Awards (winning in 2008 for Rock Song of The Year – “Comatose”). Skillet will be releasing their ninth studio album, Rise, just in time for Musikfest on June 25. 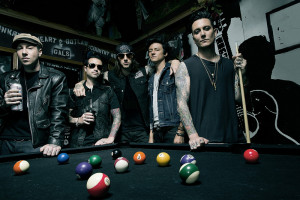 In 2010, Avenged Sevenfold released Nightmare. Arguably the best effort of their career, the album debuted at #1 on the Billboard Top 200, and sold over 163,000 copies in it’s first week of sales. On January 20, 2011, Avenged Sevenfold announced that Arin IIejay would be the band’s touring drummer. That summer, the band headlined the Rockstar Energy Drink Uproar Festival, with supporting acts Three Days Grace, Seether, Bullet For My Valentine, Escape The Fate, and more. In October 2011, the band co-headlined the 48 Hours Festival in Las Vegas, NV along with Korn, Godsmack, and Five Finger Death Punch. In November, they embarked on a brief headlining tour, The Buried Alive Tour, with special guests Asking Alexandria, Hollywood Undead, and Black Veil Brides. The band took a break from touring in 2012 to relax and write. In April 2012, they took to the stage again, touring through Asia, and played Metallica’s Orion Music + More Festival in Atlantic City, NJ in June. On September 24, they released a new single, “Carry On”, which was featured in the video game Call of Duty: Black Ops II, and is nominated for the award for Best Song at this year’s Revolver Golden God Awards on May 2. Since then, the band has been writing music for their new album, which frontman M. Shadowstold Revolver Magazine, has a “Zeppelin-meets-Sabbath” sound to it. The recording process began in January 2013, Avenged Sevenfold’s sixth studio LP is expected to drop sometime in the coming few months. In addition to headlining Musikfest 2013, A7X are also confirmed to play Rock in Rio in Brazil this year. The band will co-headline the final night of the epic 7-day festival along with Iron Maiden and Slayer. With 2 Top 10 Billboard 200 albums, 7 Revolver Golden God Awards, 1 Kerrang! Award, and over 8 million albums sold worldwide, Avenged Sevenfold are one of the definitive bands of their generation, and are going to continue to cement their legacy with this new album. The record’s first single, the title track “Hail To The King”, is set for release on Monday, July 15. – by Matt Bishop