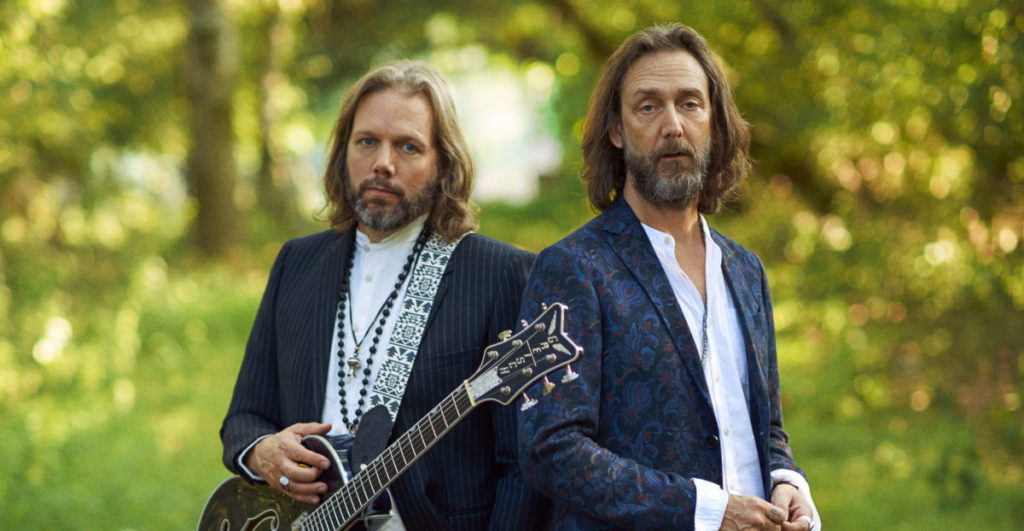 (TRR) – The Black Crowes are back. On Monday, Chris and Rich Robinson confirmed that the band will play their first live shows in six years. The group toured in 2013, and disbanded (again) in 2015. The massive 46-date summer tour kicks off on June 17 at the Austin360 Amphitheater in Austin, TX and wraps up on September 19 at The Forum in Los Angeles, CA.

Tonight, November 11, The Black Crowes are firing things up with a surprise performance at the Bowery Ballroom in New York City. They will travel across the country for another intimate performance at The Troubadour in Los Angeles on November 14.

REVIEW + PHOTOS: The Black Crowes 2013 Lay It Down Tour

“I think this is pure. We went off into a lot of things. There’s no jamming,” Chris Robinson tells Rolling Stone in an upcoming interview. “There’s no extraneous stuff. This is the purest Black Crowes that people first [heard] … I hope we reconnect with some people who lost their way with us because of all of our other shit we were doing.”

The tour celebrates not only the Robinson brothers reuniting, but the 20th anniversary of their seminal album Shake Your Money Maker. Released in 1990, he record peaked at No. 4 on the Billboard 200 and spawned four Top 10 Mainstream Rock singles.

“It’s always been our band and it’s funny through all the trajectory of the good and the bad — the joy and the frustrations,” Chris says. “[Rich and I] were laughing, saying the one thing [we] can always agree on is, Shake Your Money Maker’s a good record.”

Welcome to the Revival of rock 'n' roll music. The way you used to hear rock, see rock, and feel rock is going to be shattered into a million pieces, reassembled, and revived. Dive into the realm of rock with interviews, concert coverage, and breaking news that make the music seem real again - in your ears, in your mind, and right in front of your very eyes. You'll feel the cool steel of the guitar strings and the smooth wood grain of the drum sticks right in your hands, all with the echoes of reverb in your head. This is the way rock was supposed to be experienced. Welcome to the Revival of rock 'n' roll music.
View all posts by Matt Bishop →
Tagged  black crowes, Chris Robinson, Rich Robinson, tour.
Bookmark the permalink.