Home » PERFECTAMUNDO – A CONVERSATION WITH BILLY GIBBONS OF ZZ TOP

PERFECTAMUNDO – A CONVERSATION WITH BILLY GIBBONS OF ZZ TOP 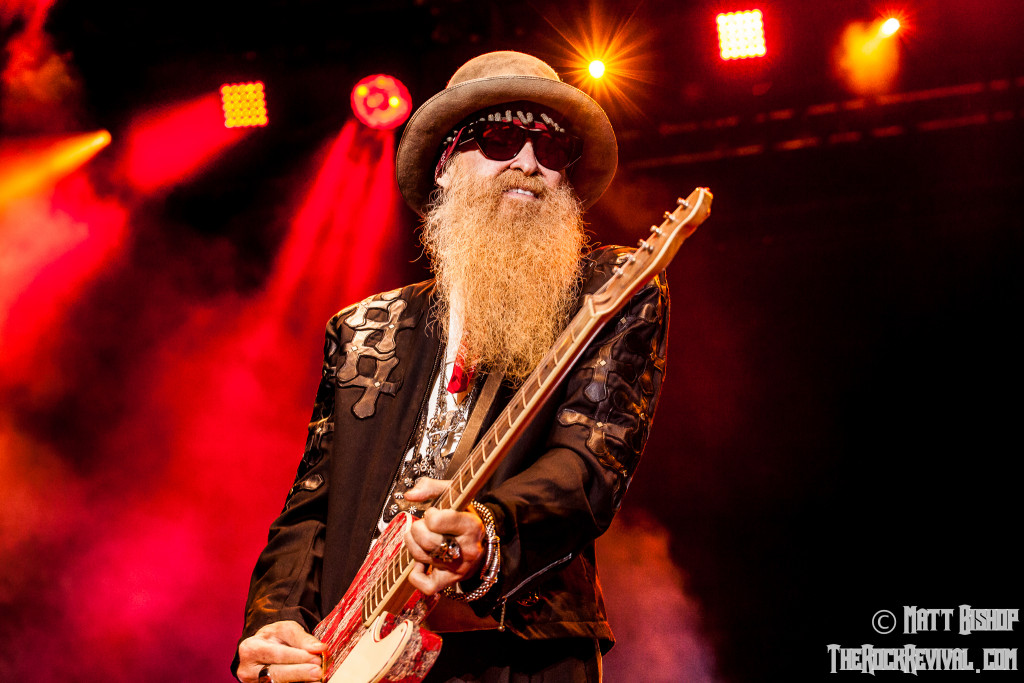 ZZ Top are undoubtedly one of the great bands to ever rock the earth. Throughout a career that spans nearly five decades, the little trio from Texas have infused elements of new wave, punk, and synth-pop into their bluesy riff-rock. Now, frontman Billy Gibbons is continuing to be progressive on his debut solo album Perfectamundo. The disc is a departure from the signature ZZ Top sound. With his band The BFGs behind him, the guitar god has soaked his solo outing with Afro-Cuban grooves and saucy blues. As Billy and the BFGs wrap up their first-ever tour on Saturday at the Sherman Theater in Stroudsburg, PA, we got a chance to chat with Billy about the pursuit of Perfectamundo, the tour, and more.

What was the experience like embarking on your first-ever solo tour?

Decidedly different.  Unlike going on the road for more than 4 decades with the same cats,  this outing is a whole new ball of wax.  The transition from rock band to Afro-Cuban blues group is an experience that generates a lot of brainstorming making for a cool groove.

You really branched out and expanded your sound, incorporating some new musical elements on this record. How has the response been from the fans?

The response is acceptably fine.  Everybody knows they’re seeing “Billy Gibbons & The BFG’s” which is very different than seeing ZZ Top.  A very low down, smoky club setting brings the new outfit into focus setting this Cubano thing into motion. Although new, the album, “Perfectamundo” sounds somehow familiar with those who’ve taken the plunge with us into uncharted territory. 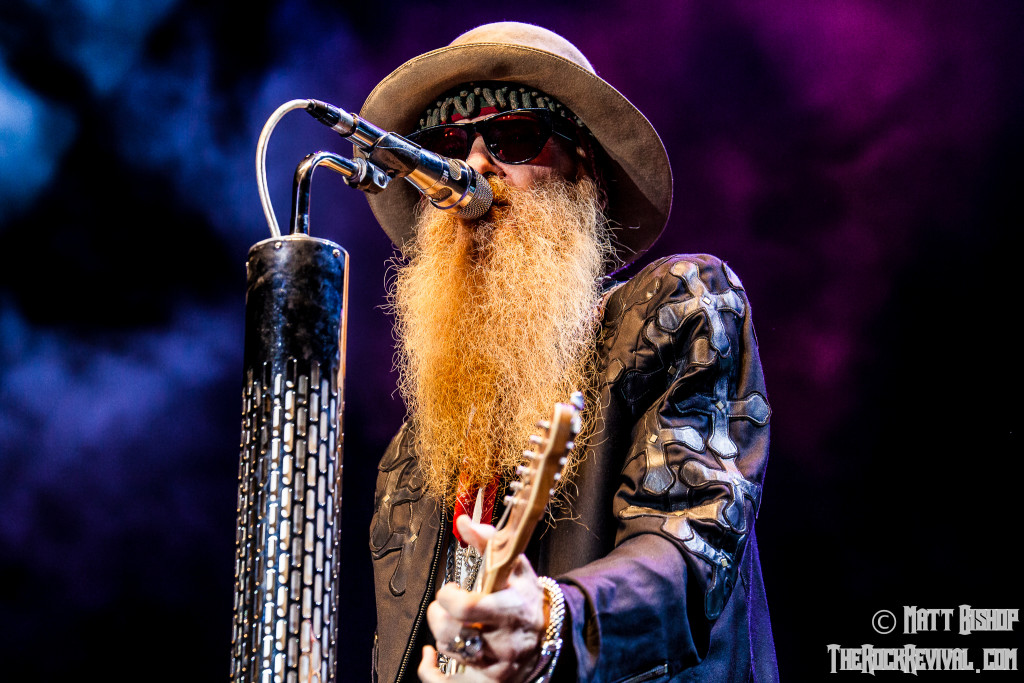 Were the new styles explored intentionally to separate the album from the classic ZZ Top style, or was it just the way the record unravelled?

I believe it’s the other way around.  We aimed at going toward a distinct Afro-Cuban sound.  The recordings came together very organically and cohesively.  The performances in Havana brought it all together.

As a songwriter, was it a breath of fresh air to write a solo album and do something different?

Yes, this excursion is something else.  We kept a radically different mindset throughout the studio sessions. It opened the doors with a rhythmically new sonic horizon.

What has it been like bringing these new songs to life on stage with the BFGs?

There’s an element of uncertainty and suspense when we put ‘em down on stage and at the same time, that latin backing holds the beat with a solid pick ‘em up. 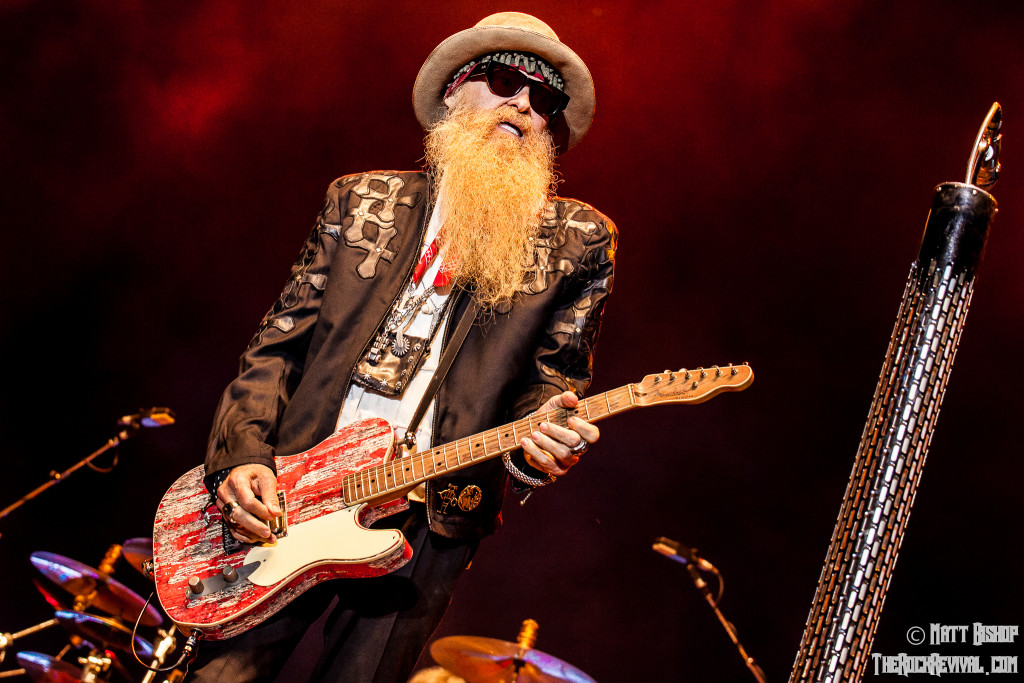 I know ZZ Top has some extensive touring coming up this spring and summer, but do you plan to play any more solo dates this year or possibly in 2017?

Of course! Let’s also take in that the ZZ Top party trains heats up in March steaming through the summer and fall so another solo “something” be it more Cubano, something bluesy, or even the extremes of electronica can get underway.

We’re quickly coming up on the 4-year mark of ‘La Futura’. Can you comment at this time on when fans will see a new ZZ Top album?

Has it been that long?  Seems like only yesterday!  Then again, we spend every waking moment off road in the studio where time stands still. Send us a smoke signal when ready and we’ll let something new hit the streets.  Rock on! 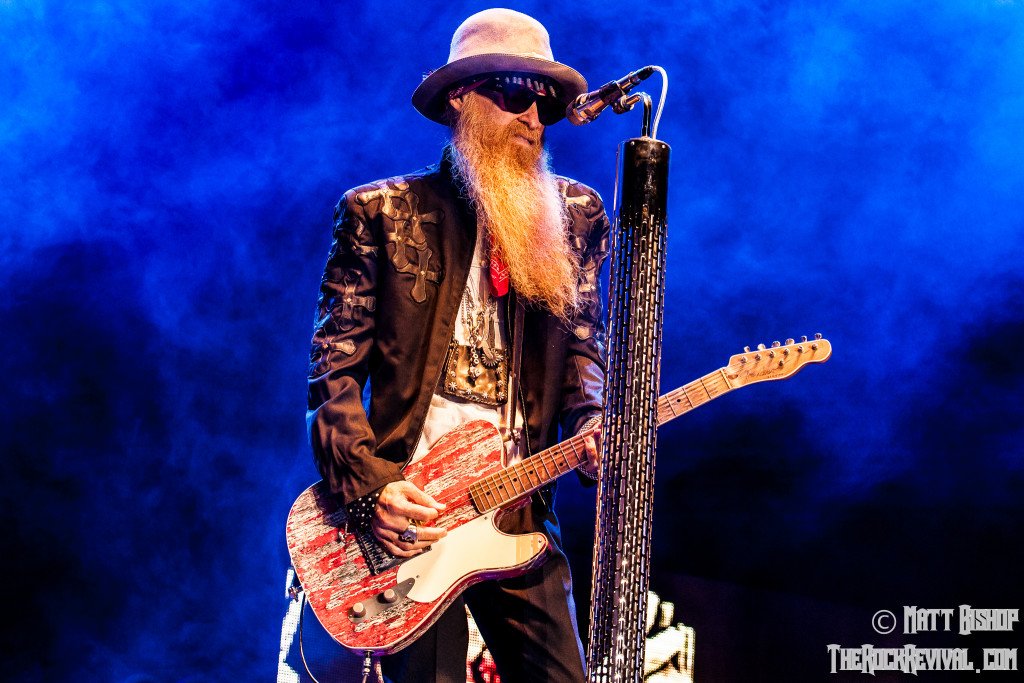 ZZ Top have been rocking strong for nearly 50 years together. The band formed in Houston, TX in 1969 and released their debut album in 1971. To date, the band has released 15 studio albums that have produced countless hit rock anthems. From 1983-1990, ZZ Top enjoyed their greatest commercial success. The band released three albums in this span – Eliminator, Afterburner, and Recycler – all of which debuted in the Top 10 on the Billboard Top 200. The band’s music videos for “Legs”, “Rough Boy”, and“Sharp Dressed Man” all garnered MTV Video Music Awards for the band. With 13 multi-platinum albums, 1 diamond album, and over 25 million albums sold in the U.S. alone, ZZ Top were inducted into the Rock and Roll Hall of Fame in 2004. 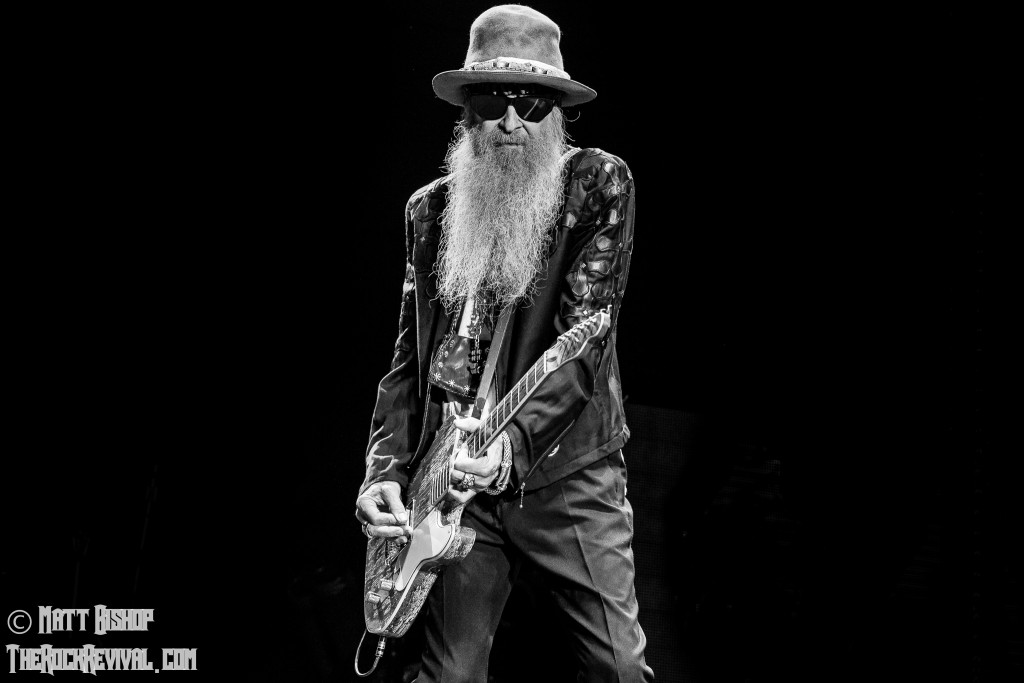