Today, Las Vegas hard rockers Otherwise unveiled a teaser trailer for their upcoming documentary chronicles the making of their much-anticipated second studio album Peace at All Costs. The disc is set for release on September 16 via Century Media Records and the documentary will be available on DVD in the deluxe version of the album. The record’s lead single “Darker Side of The Moon” is currently dominating rock radio. The band kicks off their 2014 U.S. tour tomorrow at the Knitting Factory in Boise, ID. The trek runs through October 1 and features stops at Aftershock Festival in Sacramento, CA and Louder Than Life Festival in Louisville, KY.  More dates could possibly be announced for the rest of 2014. The band’s upcoming album is currently available for pre-order now on iTunes and Amazon. 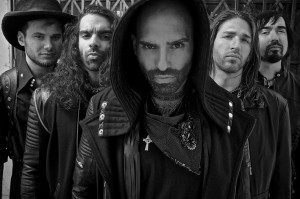 of the best albums of the year. The disc cracked the Billboard Top 200 at #123 and has since sold over 55,000 copies. The album produced three hit singles – “Die For You”, “Soldiers”, “I Don’t Apologize (1,000 Pictures)” – which have amassed over 275,000 downloads. Their upcoming new album is one of the most anticipated albums of 2014. From 2011-2013, Otherwise only took two very short breaks from touring. The trek in support of True Love Never Dies has seen them share stages with the likes of Sevendust, Papa Roach, Stone Sour, Pop Evil, Three Days Grace, Lacuna Coil, Filter, Red, and more. In addition to touring, Otherwise have played some of the country’s biggest festivals, including Rock On The Range in Ohio and Carolina Rebellion in North Carolina. The band wrapped up their touring cycle last fall with Filter, Red and We As Human. – by Matt Bishop