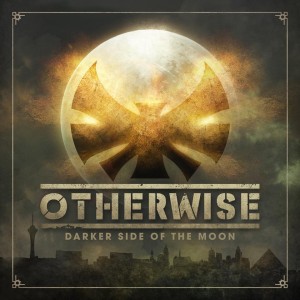 Las Vegas hard rockers Otherwise have unveiled a brand new track “Darker Side of The Moon”. The song is the first single off their upcoming sophomore effort, Peace At All Costs, which is due out later this summer via Century Media Records. The band’s last bit of recorded material was their acoustic EP Enjoy The Pain which included the hit single “Miles of Rain”. The five-track release dropped last October as a free download for all fans. The band recorded the album while on tour. It’s a raw record, and truly captures the emotion and essence of Otherwise.

Of the new track, frontman Adrian Patrick states, “‘Darker Side of the Moon’ is just the beginning of the journey that we plan to take with everyone. The Moon is a heavenly body that we’ve come to cherish and worship throughout our meager lives, but there is

another side to it that most of us know nothing about. We hope that our album Peace at All Costs will help the world navigate the depths of its own darkness and break through into the light on the other side.”

The band’s debut album True Love Never Dies was released back in 2012 and was one of the best albums of the year. The disc cracked the Billboard Top 200 at #123 and has since sold over 55,000 copies. The album produced three hit singles – “Die For You”, “Soldiers”, “I Don’t Apologize (1,000 Pictures)” – which have amassed over 275,000 downloads. Their upcoming new album is one of the most anticipated albums of 2014. 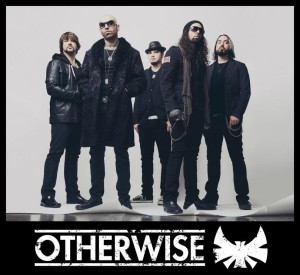 From 2011-2013, Otherwise only took two very short breaks from touring. The trek in support of True Love Never Dies has seen them share stages with the likes of Sevendust, Papa Roach, Stone Sour, Pop Evil, Three Days Grace, Lacuna Coil, Filter, Red, and more. In addition to touring, Otherwise have played some of the country’s biggest festivals, including Rock On The Range in Ohio and Carolina Rebellion in North Carolina. The band wrapped up their touring cycle last fall with Filter, Red and We As Human. Otherwise are set to hit the festival circuit later this summer into early fall with stops at the Monster Energy Drink Aftershock Festival in California and Louder Than Life Festival in Kentucky. – by Matt Bishop

ROYAL BLOOD PREMIERE NEW MUSIC VIDEO FOR "FIGURE IT OUT", DEBUT LP DUE OUT AUGUST 25