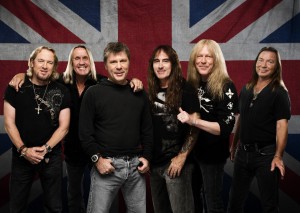 Heavy metal icons Iron Maiden have announced their 2016 Book of Souls World Tour. The tour will kick off in the U.S. in early March. From there, the band will head to Mexico, Costa Rica and make their first-ever appearance in El Salvador. Then, Argentina, Chile and run of shows in Brazil are next on the docket before returning to North America. After some more American shows, the band will crush Canada in early April. Later that month, Maiden will hit Japan and perform in China for the first time in there career. So far, only a run of dates in Australia, New Zealand, and South Africa have been officially announced, and they can be seen below. The Raven Age will provide support for the tour. The band is led by George Harris, son of Iron Maiden bassist Steve Harris.

The massive tour is in support of the band’s brand new album The Book of Souls which dropped on September 4 via Parlophone Records (Europe)/BMG (U.S.). The band recorded the album in Paris with long-time producer Kevin Shirley (Led Zeppelin, Journey, Rush). The cover art was created by Mark Wilkinson, and because of it’s 92-minute running time, it will be Maiden’s first-ever double studio album.

“We approached this album in a different way to how we’ve recorded previously,” said bassist Steve Harris. “A 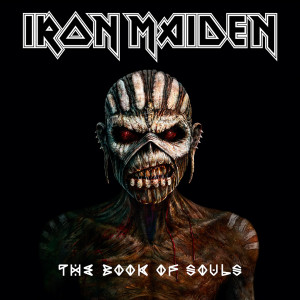 lot of the songs were actually written while we were there in the studio and we rehearsed and recorded them straight away while they were still fresh, and I think that immediacy really shows in the songs, they have almost a live feel to them, I think. I’m very proud of The Book Of Souls, we all are, and we can’t wait for our fans to hear it, and especially to take it out on the road next year!” 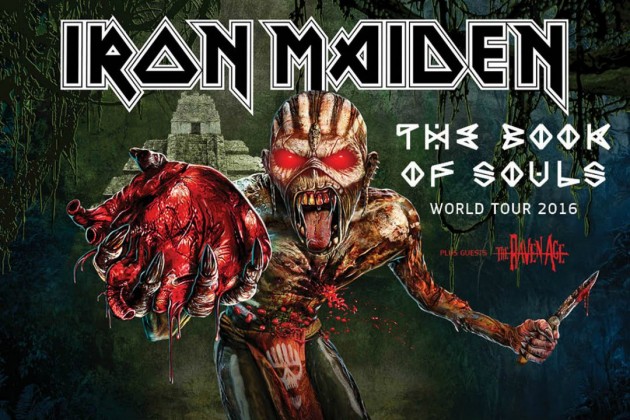 SAMMY HAGAR HAS FUN WITH FANS AT BOOK SIGNING