Home » SAMMY HAGAR HAS FUN WITH FANS AT BOOK SIGNING

SAMMY HAGAR HAS FUN WITH FANS AT BOOK SIGNING 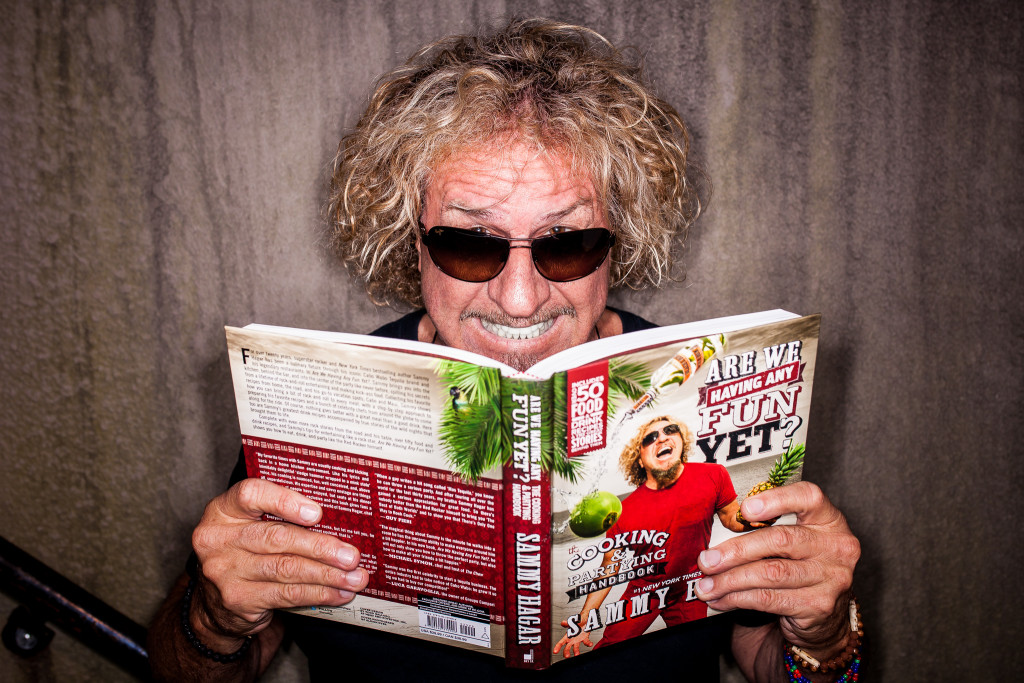 Last night, Sammy Hagar swung by the legendary Bookends in Ridgewood, NJ to sign copies of his brand new book Are We Having Fun Yet? – The Cooking & Partying Handbook. The Red Rocker greeted fans, inked their freshly pressed editions, and even posed for a few pictures. It is available in both hardcover and Kindle versions via Amazon now. The the new book is Hagar’s first since his 2011 autobiography Red – My Uncensored Life in Rock. The autobiography was a #1 New York Times Bestseller via Dey Street Books, a Harper Collins imprint. 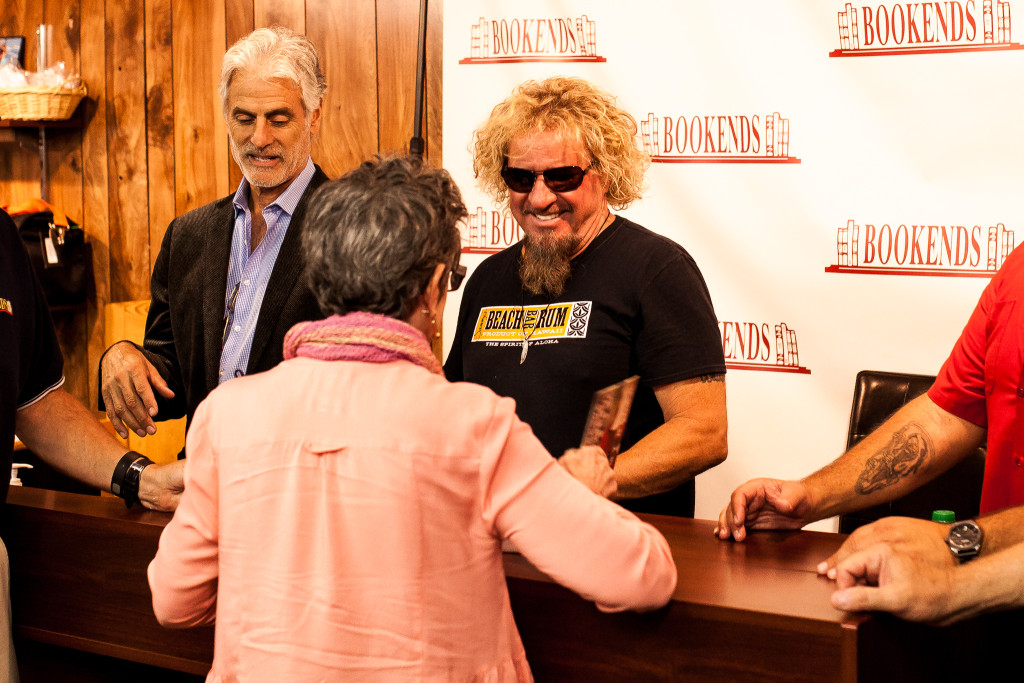 Hagar himself says the book is “stories behind his unique, self-made culinary journey.” It is filled with over 50 food and drink recipes, many of which are inspired by his travels to exotic locations like Maui, Hawaii and Cabo San Lucas, Mexico. In addition to the recipes, Hagar offers tips and techniques for throwing a killer party. 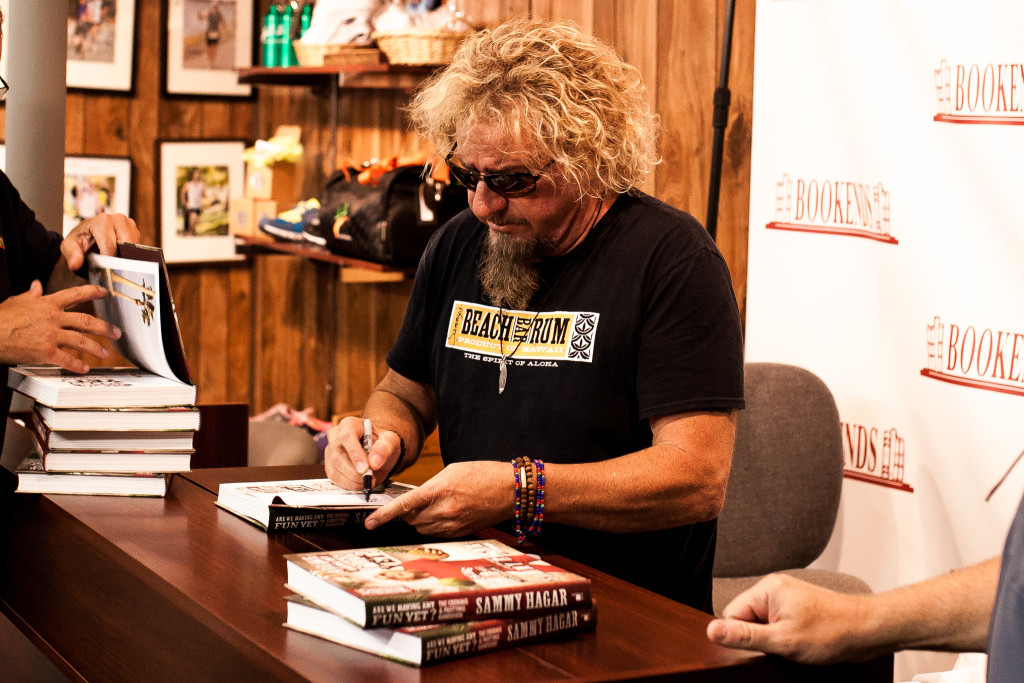 “The only thing I’m allergic to is bad music and bad food.”, says Mötley Crüe drummer Tommy Lee. “So what I’m telling you is that Sammy’s cookbook is just what Dr. Feelgood ordered! This book you’re holding has all the recipes for good food, good music, and one hell of a party!” Renowned chef and friend Mario Batali said, “His expertise and savvy on stage are things that millions of people have enjoyed, but seats at his dinner parties are a little more exclusive and this book gives his fans of rock and roll, hoochie-coo and tasty comestibles a view into the fantastic and rarified world of Sammy Hagar, chef and home entertainer.” 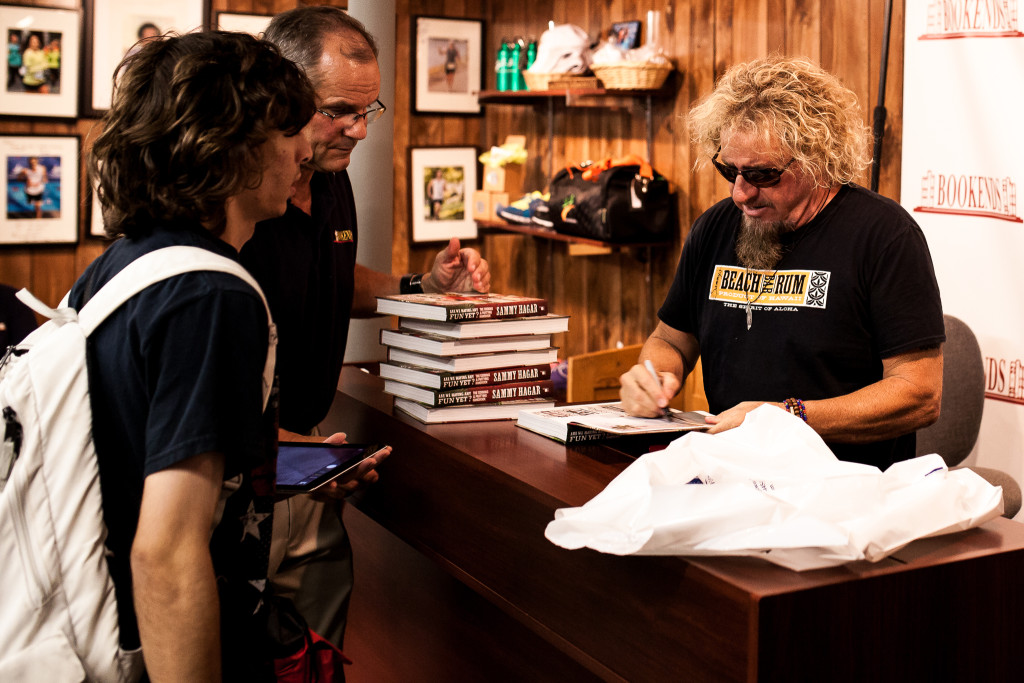 Sammy Hagar knows a thing or two about partying, as he is one of the coolest rockstars of all-time. In addition to his storied music career, Hagar founded Cabo Wabo Tequila and Sammy’s Beach Bar Rum. He owns several restaurants around the globe including Sammy’s Rockin’ Island Bar & Grill in Fresno, CA and Cabo Wabo Cantina in Cabo San Lucas, Mexico. 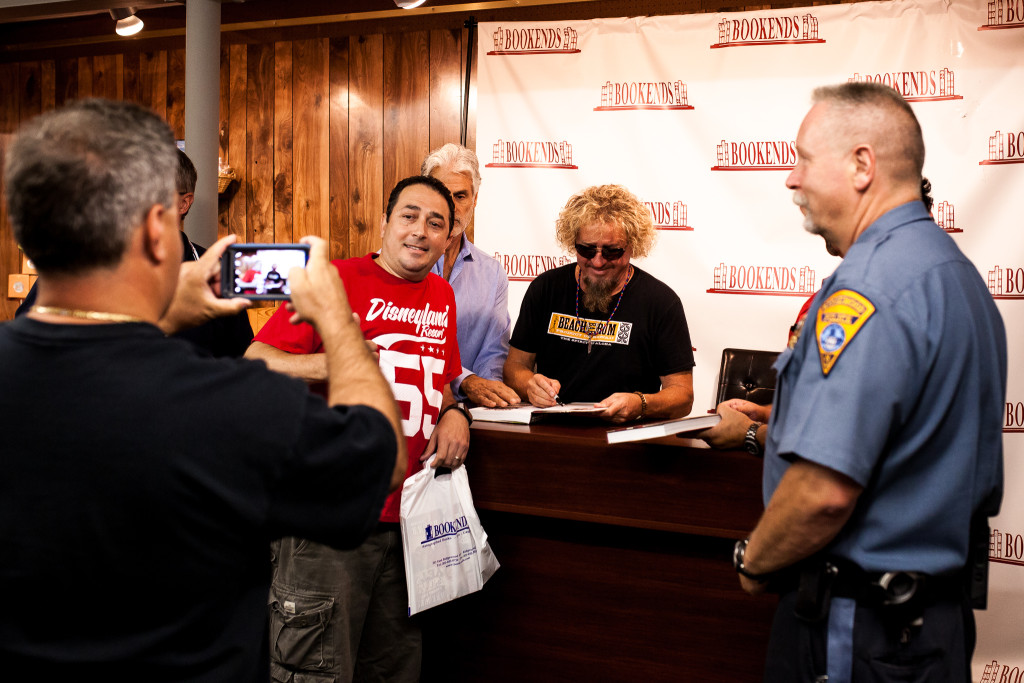 In an interview with Kristyn Clarke of PopCultureMadness.com back in the spring at Carolina Rebellion, Hagar revealed that a new Montrose project he’s a part of is nearing completion. The disc is being produced by Ricky Phillips of Styx, who played guitar on the album. Hagar and a host of others are stepping in to sing on the album. He also revealed that The Circle had written three new songs, and that plans to record them and more were imminent. According to PCM, Hagar’s set at Carolina Rebellion was filmed for an upcoming AXS TV series called Sammy Hagar’s Rock And Roll Road Trip, although an official premiere date for the series has not yet been announced. 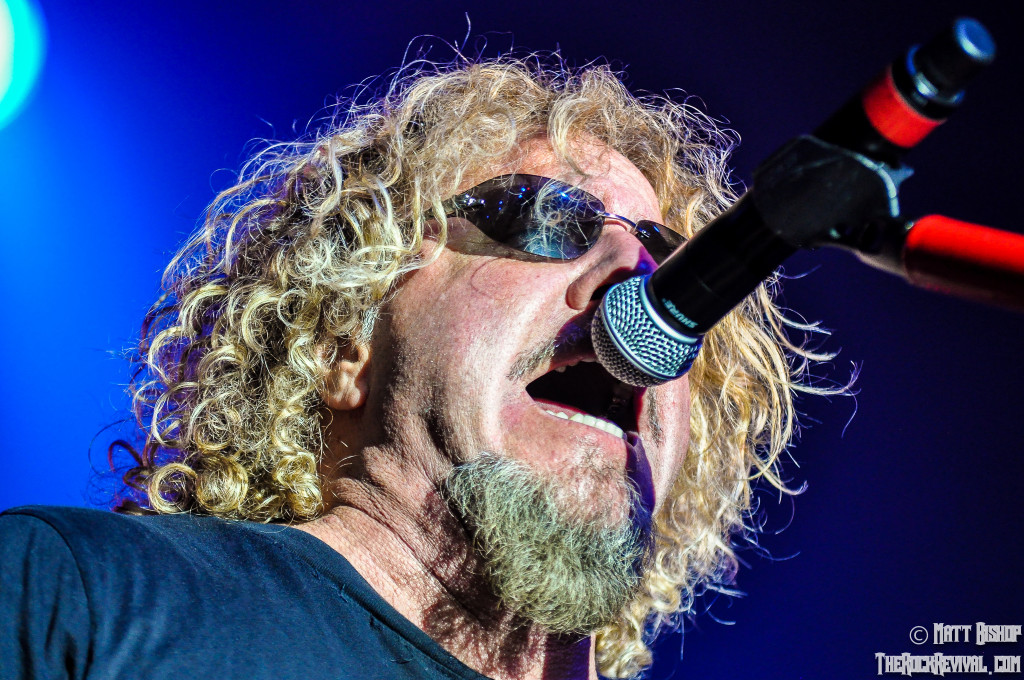