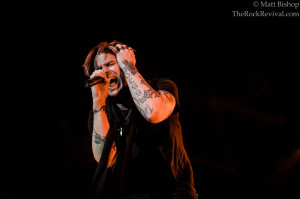 Hinder announced today that they have officially parted ways with lead vocalist Austin Winkler. Winkler took a leave of absence for personal reasons on the last leg of the band’s 2013 tour this summer and fall. Not wanting to disappoint fans, Hinder forges ahead with guest vocalists and mainstay substitute, Jared Weeks of Saving Abel. An on-camera interview with Austin on the band’s Welcome To The Freakshow Tour from earlier this year can be viewed above. Hinder drummer Cody Hanson released this statement today on the band’s website:

“I’m really proud of what we accomplished over the years. We hold no animosity towards Austin, and wish him the best. Although it was a difficult decision, it was the best thing for everyone involved and time for us to move on. This summer/fall tour was a tough one.  We want to thank the fans for all their overwhelming support. We couldn’t have made it through everything without you. We are very excited about the future of Hinder and can’t wait to share the next chapter with all of you!”

It’s been quite a wild ride for Hinder since their 2005 major label debut. I remember 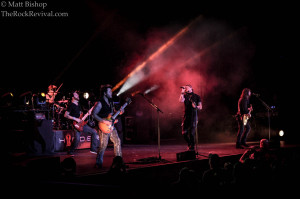 seeing them for the first time in Atlantic City back in 2009 opening up Mötley Crüe, and now here they are on a huge headlining tour. I had to ask Austin his reflective thoughts on Hinder’s career thus far, and he simply replied, “It’s definitely a roller coaster, man. Definitely blessed to be able to do this…and pay my bills. That’s the only thing I can ask for, and I get to live my dream every night.” Rock ‘n’ roll, my friend. 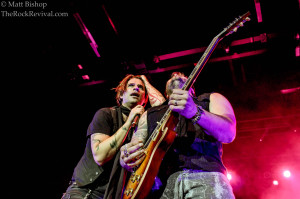 Hinder garnered worldwide success with the release of their major label debut, Extreme Behavior, via Universal Records in 2005. The albums first single, “Get Stoned”, broke the band onto the rock radio waves. The second single, “Lips of An Angel”, was a massive worldwide hit for the band, and has become one of their signature songs. The album went on to be certified triple-platinum, and in 2007 Hinder was inducted into the Oklahoma Music Hall of Fame, their home state. In 2008, the band released their much anticipated sophomore effort, Take It To The Limit, which debuted at #4 on the Billboard Top 200 and sold 81,000 copies in it’s first week of sales. That same year, the band headlined the Jägermeister Music Tour with support from Trapt and Rev Theory.

In 2009, Hinder provided direct support for Mötley Crüe on their Saints of Los Angeles 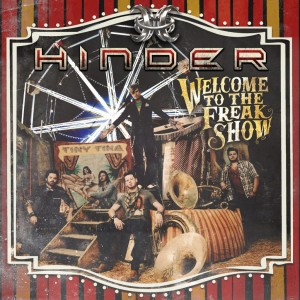 Tour along with Theory of a Deadman and The Last Vegas. Later that same year, Hinder would support Nickelback on their Dark Horse Tour. In 2010, the band hit the studio to begin writing and recording new material for their next album, All American Nightmare, which was released later that year. Overall much heavier than their previous outings, the disc includes the hits “Hey Ho”, “Put That Record On”, “Striptease”, and “What Ya Gonna Do”. Back in December 2012, the band released their new LP, Welcome To The Freakshow, via Universal Republic Records. The disc hit #14 on Billboard Rock Albums and #3 on Billboard Hard Rock Albums. – by Matt Bishop 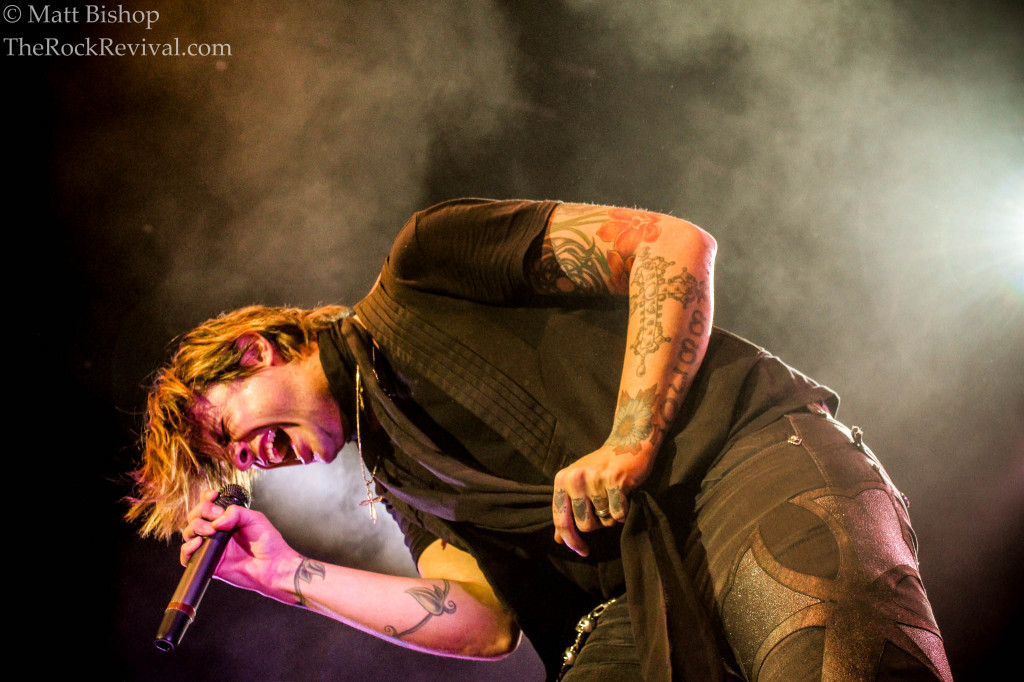