Grammy Award-winning hard rockers Halestorm have unleashed the official music video for their new single “Apocalyptic”. The track is the first single off their upcoming new album Into The Wild Life which is due out on April 7 via Atlantic Records. The band’s last effort, 2012’s The Strange Case Of…, peaked at #15 on the Billboard Top 200 and #1 on Billboard Hard Rock. The single “Love Bites (So Do I)” garnered the band the Grammy Award for Best Hard Rock/Metal Performance”. Halestorm recently wrapped up a string of dates supporting southern rocker Eric Church on The Outsiders World Tour, and the band are set to headline the Carnival of Madness Tour this spring with contemporaries The Pretty Reckless. – by Matt Bishop 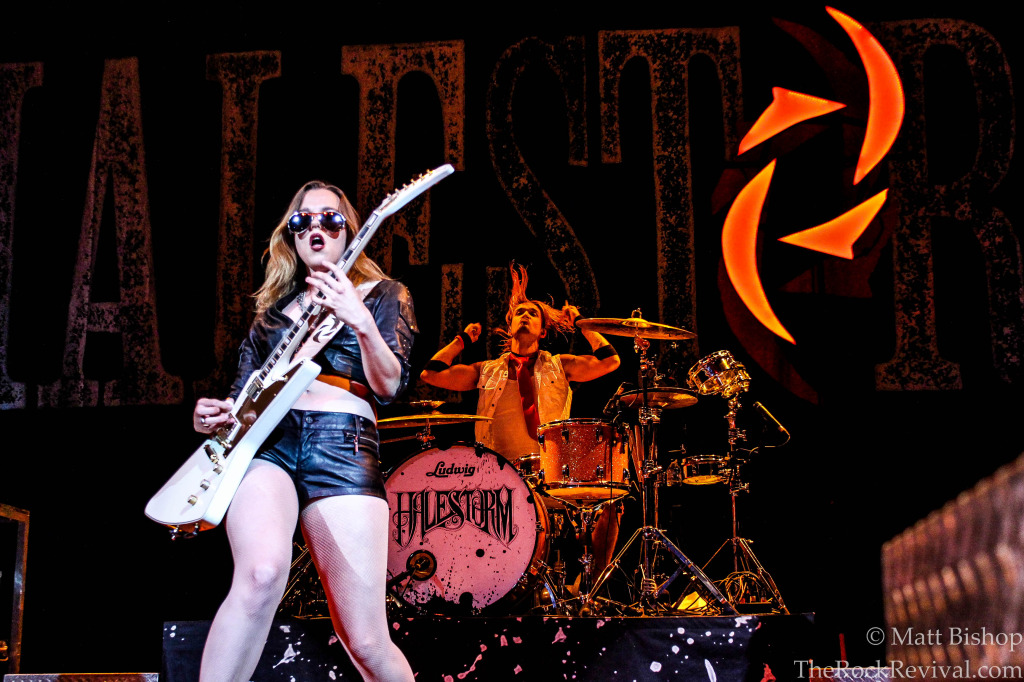 Welcome to the Revival of rock 'n' roll music. The way you used to hear rock, see rock, and feel rock is going to be shattered into a million pieces, reassembled, and revived. Dive into the realm of rock with interviews, concert coverage, and breaking news that make the music seem real again - in your ears, in your mind, and right in front of your very eyes. You'll feel the cool steel of the guitar strings and the smooth wood grain of the drum sticks right in your hands, all with the echoes of reverb in your head. This is the way rock was supposed to be experienced. Welcome to the Revival of rock 'n' roll music.
View all posts by Matt Bishop →
Tagged  arejay hale, Atlantic Records, carnival of madness 2015, eric church, grammy awards, halesorm into the wild life, Halestorm, halestorm apocalyptic video, Halestorm new music video, halestorm new single, halestorm the pretty reckless, hard rock, lzzy hale, metal, music news, music video, rock revival, the outsiders world tour, The Pretty Reckless, TheRockRevival.com.
Bookmark the permalink.