This spring, Grammy Award-winners Halestorm and rising stars The Pretty Reckless will be hitting the road on the 2015 Carnival of Madness Tour. More dates are set to be announced in the coming weeks, and other supporting acts could be confirmed as well. Tickets go on sale January 16 via CarnivalofMadness.com. Halestorm have been hard at work in the studio finishing up their new album. To get some fresh air, then band played a featured set at The Shindig Music Festival in Baltimore, MD back in September and played a select group of dates in support of southern rocker Eric Church. The band are confirmed for Rock On The Range 2015 in Columbus, OH in May. The Pretty Reckless will be touring North America in support of Nickelback beginning in February. – by Matt Bishop 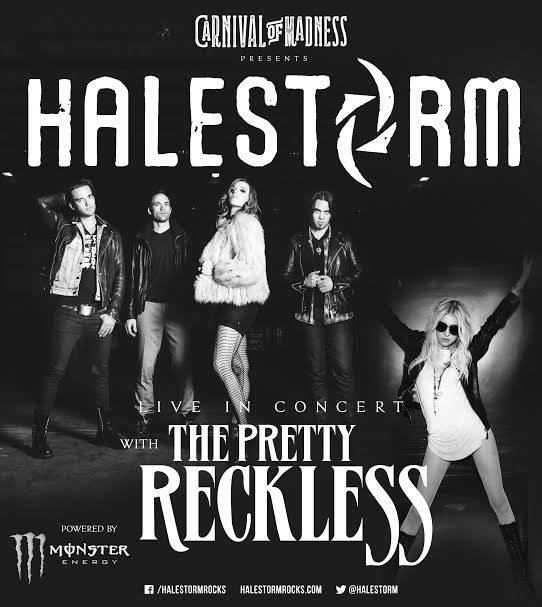