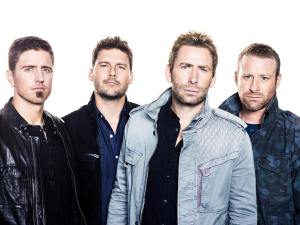 Modern rock champions Nickelback have announced the 2015 No Fixed Address North American Tour. The massive trek kicks off on February 14, 2014 at the PPL Center in Allentown, PA and runs until August 29 at the Aaron’s Amphitheater at Lakewood in Atlanta, GA. Support for the trek will be provided by special guests The Pretty Reckless on select dates. Fan Club tickets and VIP Packages go on sale on November 7 at 10am, general public tickets go on sale November 15 at 10am on Nickelback.com/Tour. Nickelback’s new album No Fixed Address is set to drop on November 17 via their new label Republic Records. 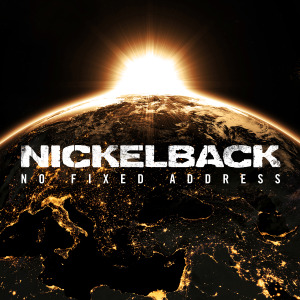 For?” and “Edge of a Revolution”. They recently premiered the official music video for the latter. The band also has massive tour in the works to support the record. Nickelback’s upcoming eighth studio effort is the follow-up to 2011′s Here and Now, which debuted at #2 on the Billboard Top 200, and #1 on both Billboard Top Rock Albums and Billboard Top Hard Rock Albums. The disc was quickly certified platinum. The band emarked on the Here & Now World Tour which featured support from the likes of Bush, Daughtry, Seether, Skillet, and My Darkest To date, Nickelback have sold over 50 million albums worldwide since their debut in 1996 and are arguably the most commercially successful rock band of their generation. 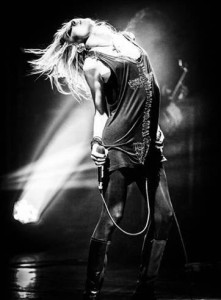 The Pretty Reckless formed in 2009 and released their debut album, Light It Up, in 2010. In 2012, they released the Hit Me Like a Man EP. The band has toured the world with the likes of Marilyn Manson, Guns N’ Roses, Evanescence, and more. The Pretty Reckless just wrapped up a North American headlining tour with support from Heaven’s Basement. The band’s Going To Hell Tour was a hefty 80-show run. Their new album, Going To Hell, debuted at #5 on the Billboard Top 200 back in March via Razor & Tie. That same month, the band toured with Fall Out Boy on their European tour. Back in May, The Pretty Reckless were a featured act at Fort Rock (US), Welcome To Rockville (US), Download (UK), and Rock On The Range (US) this past spring. The band is currently wrapping up another North American tour leg with support from Adelitas Way and Crash Midnight.   – by Matt Bishop

THE SMASHING PUMPKINS PREMIERE NEW SONG "ONE AND ALL" feat. TOMMY LEE