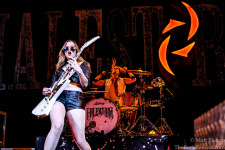 HALESTORM – Live Photo Gallery Grammy Award-winning hard rockers Halestorm have unleashed the official music video for their new single “Apocalyptic”. The track is the first single off their upcoming new album Into The Wild Life which is due out on April 7 via Atlantic Records. The band’s last effort, 2012’s The Strange Case Of…,… Continue reading 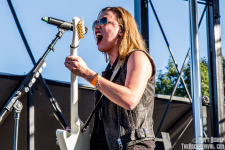 Pennsylvania hard rockers Halestorm have premiered their new music video for “Mz. Hyde”, the fifth single off their current album, “The Strange Case of…”. The disc debuted at #15 on the Billboard Top 200, and #1 on Billboard Hard Rock Albums. The video was directed by award-winning filmmaker Daniel E. Catullo III, and… Continue reading