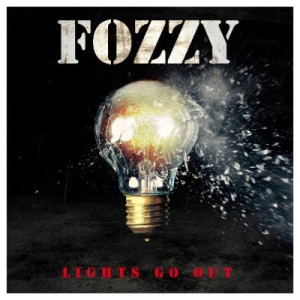 Today, Fozzy unleashed their brand new track “Lights Go Out”, the first single off their upcoming sixth studio album set for release sometime in July via Century Media Records. The band has been putting the finishing touches on the album over the last few months. Their last effort, 2012’s Sin and Bones, cracked the Billboard Top 200 at #143. Fozzy are set to hit the road for a spring tour that kicks off tomorrow at 98 Rockfest in Tampa Bay, FL and wraps up on May 31 in Philadelphia, PA at Xfinity Live. Fozzy will be making several festival stops, including Rock On The Range, Welcome To Rockville, and Carolina Rebellion. The band’s club shows will see them perform with Buckcherry, Kyng, Heaven’s Basement, Rev Theory, and more. 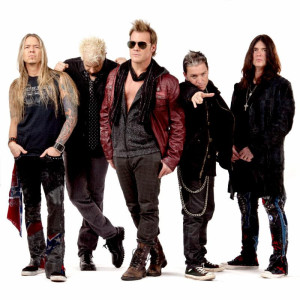 frontman Chris Jericho at a show in San Antonio, TX and invited him to play with the band. Jericho jammed with Fozzy for a few sessions, and officially joined the band in 2000. The band released it’s self-titled debut in 2000; a covers album with two original songs. They followed it up with 2002′s Happenstance, another covers album with a few originals sprinkled in. After extensive touring, the band made the transition to a wholly-original act, releasing All That Remains. The album sold over 100,000 copies, and the band played their biggest show to date at Download Festival in Donington, England. With tremendous momentum, Fozzy grinded out a tour and immediately began work on their fourth album, 2010′s Chasing The Grail. The album produced arguably the biggest single of their careers, “Martyr No More”. The band made an appearance at Soundwave Festival 2013 in Feb-March, with the likes of Metallica, Linkin Park, blink-182, A Perfect Circle, Slayer, Killswitch Engage, and many more. – by Matt Bishop (@The_MattBishop)

WEEZER SET TO HEADLINE MUSIKFEST 2014 ON AUGUST 9 IN BETHLEHEM, PA