BUCKCHERRY PREMIERE NEW MUSIC VIDEO FOR “DREAMIN’ OF YOU”, LATEST SINGLE OFF ‘CONFESSIONS’ 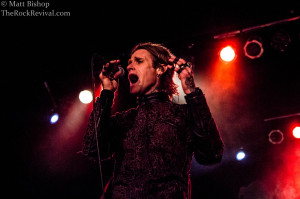 Hard rockers Buckcherry have premiered their new music video for “Dreamin’ of You”, the latest single off their album, Confessions. The disc came out just over a year ago, and is the sixth studio effort of the band’s career released via Century Media Records. Buckcherry broke away from their whiskey-drenched party rock anthems for a much deeper and thoughtful record this time around. The band has been touring extensively over the last four years, and are showing no signs of slowing. The second leg of their current North American tour begins on March 12.

Buckcherry formed in 1997 and released their self-titled debut album in 1999. The album 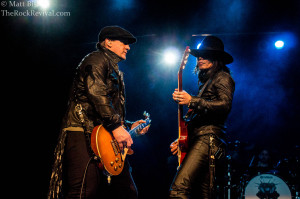 hit #1 on the Billboard Heatseekers Chart, and #74 on the Billboard Top 200. It would eventually be certified Gold by the RIAA. The record’s lead single, “Lit Up”, was the band’s first #1 hit, and was later ranked at #98 on VH1‘s 100 Greatest Hard Rock Songs. Buckcherry supported the album by touring with Lenny Kravitz, and taking part in the epic anniversary festival Woodstock ’99. After surviving that show, the band went on to tour with their heroes, AC/DC. After two years of hard touring, Buckcherry entered the studio again and released their sophomore effort, Time Bomb, in 2001. It spawned the hit single, “Ridin’”, and several other fan favorites. 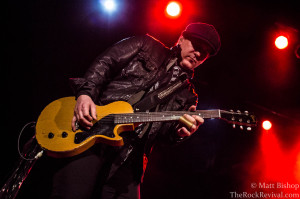 After a 3-year hiatus, the band reformed in 2005 and released 15 in 2006. It produced 5 hit singles, including “Crazy Bitch”, which was nominated for the Grammy Award for Best Hard Rock Performance.  The band toured that summer on Crüe Fest with Mötley Crüe, Papa Roach, SIXX:A.M., and Trapt. The next few years would see Buckcherry enjoy their biggest commercial success ever, with 2008′s Black Butterfly and 2010′s All Night Long debuting at #8 and #10 respectively on the Billboard Top 200. On these album cycles, the band toured with the likes of KISS, Limp Bizkit, Hellyeah, and All That Remains. The band had featured slots at Rocklahoma in 2010 and 2012. – by Matt Bishop 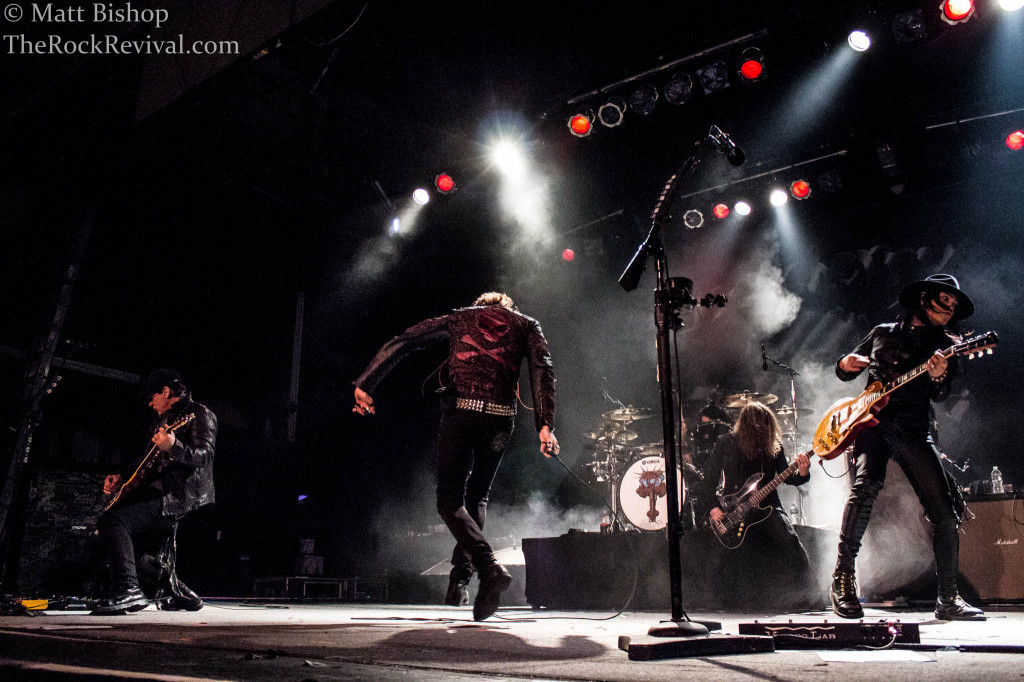