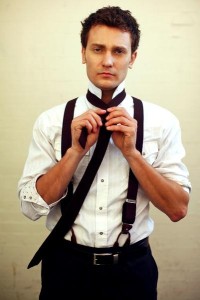 Today, singer-songwriter Erick Macek premiered the music video for his new single, “Long Long Time”, the latest single off his his 2011 effort, Colors May Change, which garnered much praise from critics and fans alike. In 2013, Macek released his very first live album, Live in San Diego. Check out the video for his newest single above.

Erick got his big break when he appeared as a contestant on The Voice. He performed an acoustic version of “Free Falling” by Tom Petty & The Heartbreakers in front of celebrity judges Adam Levine (Maroon 5), Cee Lo Green, Christina Aguilera, Blake Shelton, and 38 million viewers watching at home. Recently, Erick has been honored as “Best Male Vocalist of the Year” at the Los Angeles Music Awards, along with “Best Overall Singer” at AMTC’s worldwide talent competition, “Best Band” at the Musicpalooza Competition, along with many other accolades. Macek has also shared the stage with acts such as Joan Jett, Jason Mraz, Gavin DeGraw, David Gray, Brandi Carlile, Gin Blossoms,G Love and others. Erick has performed at showcases like the Sundance Film Festival, The Academy Awards Lounge, and SXSW. – by Matt Bishop

BUCKCHERRY PREMIERE NEW MUSIC VIDEO FOR "DREAMIN' OF YOU", LATEST SINGLE OFF 'CONFESSIONS'