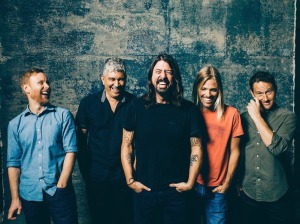 Well, the surprises keep on comin’ from Foo Fighters. The band has announced a show at RFK Stadium in Washington, D.C. on the Fouth of July to celebrate their 20th anniversary. Joining the Foos will be a slue of special guests including Buddy Guy, Gary Clark Jr., Heart, Joan Jett & The Blackhearts, LL Cool J, Trombone Shorty, and D.C. legends Trouble Funk. Tickets go on sale this Saturday, November 8 at 10am via Ticketmaster.com. Heart recently joined Foo Fighters during their residency on The Late Show with David Letterman for a rendition of Heart’s classic hit “Kick It Out”. Last April, Joan Jett performed with Dave Grohl and Krist Novoselic during Nirvana‘s induction into the Rock and Roll Hall of Fame. This year, Joan Jett & The Blackhearts have been nominated for the Rock Hall. Both Jett and Gary Clark Jr. made special guest appearances on the Foo Fighters’ new album. Sonic Highways. In addition to the concert itself, their will be a BBQ, a motorcycle rally, and a fireworks show. If there’s any band that will do it big for their 20th, it’s most certainly Foo Fighters. The band just announced a massive arena tour of Australia and New Zealand with very special guests Rise Against that kicks off in February. Both bands played the Voodoo Music + Arts Experience in New Orleans last weekend. Foo Fighters new disc drops November 10 via. RCA Records. – by Matt Bishop 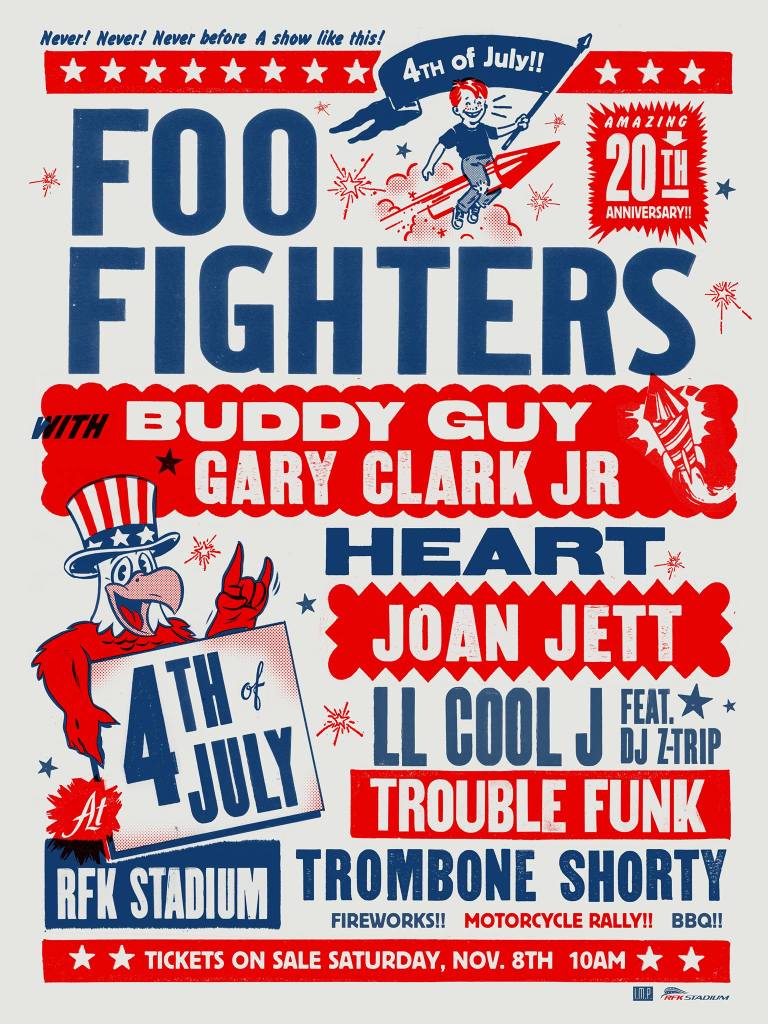