The Foo Fighters‘ world tour plans continue to unfold, as the band has just announced a stadium tour of the UK in 2015. Special guests for the series of shows will be rock icon Iggy Pop and the up-and-coming hard-hitting duo Royal Blood. The five-show run is set for May and June and will hit Stadium of Light in Sunderland, Emirates Old Traffort in Manchester, Wembley Stadium in London, and Murrayfield Stadium in Edinburgh. Foo Fighters recently announced a massive arena tour of Australia and New Zealand with very special guests Rise Against that kicks off in February, as well as a special 20th Anniversary BBQ Show at RFK Stadium in Washington, D.C. on the Fourth of July. Both bands just played the Voodoo Music + Arts Experience in New Orleans. Foo Fighters new disc dropped November 10 via RCA Records. Last night, frontman Dave Grohl performed a solo acoustic set a The Concert For Valor in Washington, D.C. His version my “My Hero” was a fitting tribute to the troops. Over the last few months, Royal Blood have been touring relentlessly both in the U.S. and Europe. They were featured at several major festivals around the world, and have established themselves as one of the biggest breakthrough acts in music this year. Their debut self-titled LP dropped back in August. – by Matt Bishop 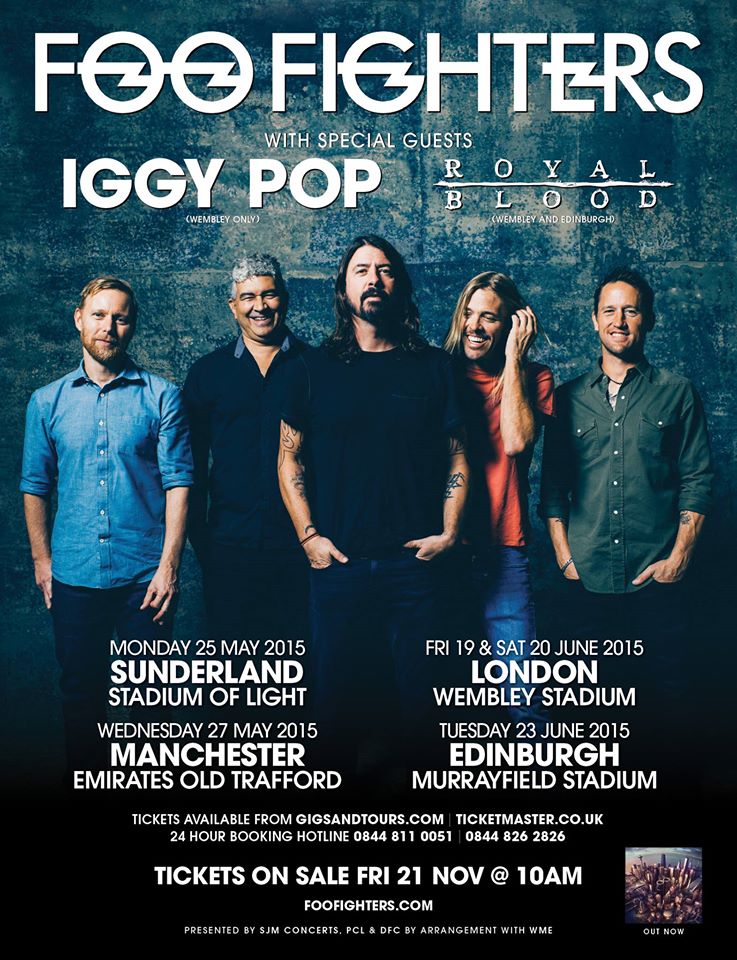