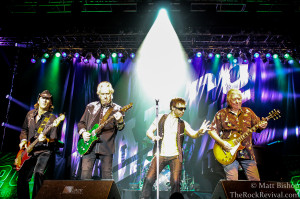 After embarking on their epic co-headlining 40th XL Anniversary Tour together last summer, classic rock icons Bad Company and Lynyrd Skynyrd are back for another round. This summer, both bands will set out on a North American co-headlining tour. Bad Company will start the trek with one solo performance on July 8 in Rama, ON at the Casino Rama. Skynyrd will join them for the next show onward on July 10 at the Waterfront in Bangor, ME. The tour wraps up on July 25 in Clarkson, MI at the DTE Energy Music Theatre. There’s no word yet on whether or not the bands will announce more dates, or who the will tap to support the run.

“We’re looking forward to being out on tour with our friends, Bad Company,” remarked 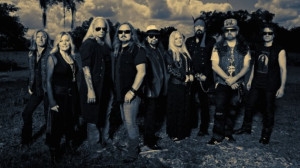 Johnny Van Zant.  “Last year was great! If you want to see good rock n roll, come check this out.” Paul Rodgers shared, “Last year’s tour with our friends in Skynyrd was a fantastic time for all.  We’re looking forward to spending ten dates with them and our fans again this summer.” Bad Company released their seminal self-titled debut in 1974. The record shot straight to #1 on the Billboard Top 200, and remains a classic rock masterpiece today. Last summer, the band celebrated their 40th anniversary as a band. In 1995, the band released their last collection of all-new studio material, Company of Strangers. Lynyrd Skynyrd are close on Bad Co.’s heels, having been together for 35 years. During that span, they’ve sold over 30 million albums worldwide. In 2006, the band was inducted into the Rock and Roll Hall of Fame. – by Matt Bishop (@The_MattBishop)