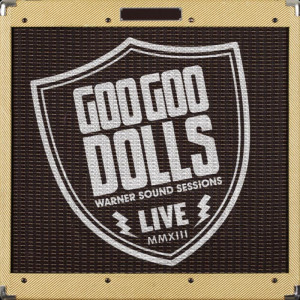 Today, Goo Goo Dolls released an acoustic EP Warner Sound Sessions via Warner Bros. Records. The 5-song EP is available now digitally on iTunes and includes the band’s classic hit “Slide”. The band is currently in the midst of their Otis Midnight Sessions Tour, an intimate acoustic run across North America. The trek wraps up on May 2 in West Palm Beach, FL, but the band has no plans to slow down any time soon. This summer, they will be hitting the road with Daughtry for a summer co-headlining tour across North America with special guests Plain White T’s. ”We are excited to finally be teaming up with Daughtry,” says Goo Goo Dolls front man John Rzeznik. ”Not only are we big fans of Chris, but we think this is going to be a huge party for the fans of both our bands. The combination of the two will make for an awesome summer night of great American rock music.” Daughtry vocalist Chris Daughtry added, ”We are huge fans of the Goo Goo Dolls and have wanted to tour with them for a long time now. Everyone will see more than two great bands on stage. They’re going to get an incredible show every night and have a summer to remember.”

Goo Goo Dolls are one of the greatest artists of their generation. The 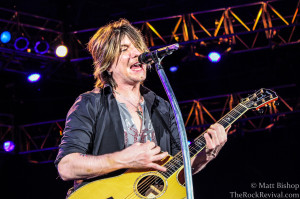 band is certainly one of the most accomplished acts of all time, with 14 Top 10 Radio hits, more than any other artist in the history of the Hot AC format. Their last five albums have all charted in the Top 30 on the Billboard Top 200. Their triple platinum 1998 release, Dizzy Up The Girl, spawned four massive hit singles, including “Iris”.  The band’s biggest hit, it spent nearly 12 straight months on the Billboard charts and held the #1 spot  for 17 consecutive weeks. John Rzeznik has been honored with the Songwriters Hall of Fame Hal David Starlight Award. Throughout their career, they have been nominated for four Grammy Awards, and are the only artist to have three songs on Billboard’s “Top 100 Songs from 1992-2012″ including the #1 slot, for “Iris.” This past summer, Goo Goo Dolls mounted a massive summer co-headlining tour with contemporaries Matchbox Twenty. The Goo Goo dolls have been on the road relentlessly over the last year supporting their latest album, Magnetic, which hit #8 on the Billboard Top 200 and sold over 29,000 copies in it’s first week of sales. The album registered at #28 on TheRockRevival.com’s list of the Top 50 Rock Albums of 2013. – by Matt Bishop (@The_MattBishop)