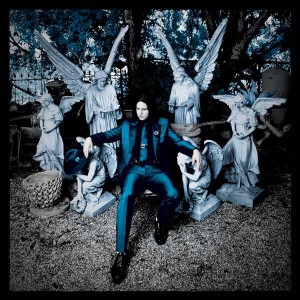 Renowned guitarist Jack White has announced his 2014 Lazaretto World Tour. White’s first trek since 2012 will hit North America and Europe. He will be accompanied by special guests Kelley Stoltz and Benjamin Booker on select dates. The tour is in support of his upcoming new album Lazaretto, which is due out on June 10 via his own label Third Man. A few days ago, White premiered his new instrumental song “High Ball Stepper”. The brand new studio album is the much-anticipated follow-up to his debut solo effort, Blunderbuss. The album debuted at #1 on the Billboard Top 200 nearly two years ago in April 2012.

The lead single from Lazaretto is set to premiere later this month. Jack White will be 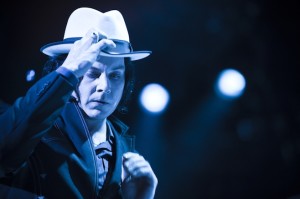 making his rounds on the festival circuit this spring and summer, with headlining appearances at Governors Ball Music Festival (New York, NY), Bonnaroo (Manchester, TN), and more. Jack White achieved worldwide fame and critical acclaim with his band The White Stripes which he formed in 1997 with his former wife Meg White. The duo released six studio albums from 1999-2007. In 2004, the band won the BRIT Award for Best International Group. Throughout their career, the band garnered five MTV Video Music Awards and were nominated for 11 Grammy Awards, winning six of them. – by Matt Bishop (@The_MattBishop)(Bottom Right Photo Courtesy of Tom Spray)

* with Kelley Stoltz
+ with Benjamin Booker