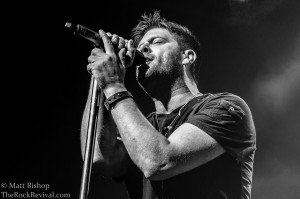 Up-and-coming hard rockers Pistol Day Parade are heating things up on their 2014 U.S. tour. The band hails from Detroit, and their music is filled with all the grit of the city’s stories music scene. For 50 years, Detroit has produced great rock and metal acts like Billy Haley & His Comets, MC5, Jack White, Bob Seger, Kid Rock, Pop Evil, The Black Dahlia Murder, and the Motor City Madman himself – Ted Nugent. Now, Detroit’s next big rock band is coming up the ranks while touring with Ted.

While touring with Nugent is a big deal, the band is no stranger to sharing the stage with 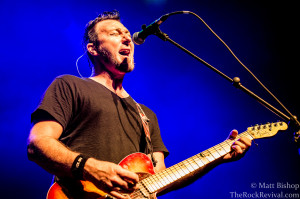 big acts. Throughout their career, Pistol Day Parade have performed with the likes of Stone Temple Pilots, Creed, Theory of a Deadman, Candlebox, Tantric, Saving Abel, Pop Evil, and more. The band’s debut EP hit #38 on the Billboard Active Rock Chart back in 2009 and was produced by Mike Brown (Velvet Revolver, Breaking Benjamin). In 2013, the band dropped their debut LP Burn. The album’s current single “Rockstar’s Girlfriend” is currently making a serious impact on rock radio stations around the country. After their tour with Ted Nugent, the band will continue to tour with some plans that will be disclosed to fans towards the end of the summer. – by Matt Bishop (PISTOL DAY PARADE – Live Photo Gallery)

Welcome to the Revival of rock 'n' roll music. The way you used to hear rock, see rock, and feel rock is going to be shattered into a million pieces, reassembled, and revived. Dive into the realm of rock with interviews, concert coverage, and breaking news that make the music seem real again - in your ears, in your mind, and right in front of your very eyes. You'll feel the cool steel of the guitar strings and the smooth wood grain of the drum sticks right in your hands, all with the echoes of reverb in your head. This is the way rock was supposed to be experienced. Welcome to the Revival of rock 'n' roll music.
View all posts by Matt Bishop →
Tagged  alternative rock, detroit, hard rock, pistol day parade, pistol day parade burn, pistol day parade interview, pistol day parade rockstar's girlfriend, rockstar's girlfriend, shut up and jam tour, ted nugent, The Rock Revival, TheRockRevival.com.
Bookmark the permalink.