A SINNER’S CREED – THE REVIVAL OF SCOTT STAPP AND CREED

It’s a rare moment in rock ‘n’ roll when a band can truly return to form after dissolving into the vast musical wasteland of artists that almost went the distance. Creed were once titans of rock, and one of the top artists in the world across all genres. With all the fame and fortune, however, came demons and downfalls. After a string of three multi-platinum albums, Creed disbanded in 2004. Now, Creed has truly returned to form. The band is currently wrapping up their 2012 U.S. Tour, with big plans on the horizon. 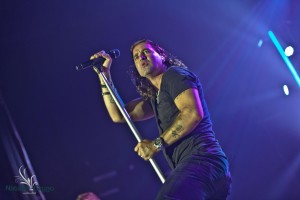 I recently sat down with frontman Scott Stapp backstage at the Sands Event Center in Bethlehem, PA to talk about Creed’s current tour, and his upcoming memoir, Sinner’s Creed. This tour is Creed’s first outing since their 2009 when they embarked on a world tour in support of their comeback record, Full Circle. When I asked how this tour was going, Scott said, “I think, as every tour has gone since we reunited in ’09, it gets better and better. We stumble across a little bit of our mojo from the past as we continue to play, and there’s been some great moments.”

In addition to touring with Creed once again, Stapp is prepping for the much-anticipated release of his memoir, Sinner’s Creed, which hits bookshelves on October 2. It’s a deep, dark, no-holds-barred account of Scott’s personal battles. When talking about writing the book, Scott stated, “It was an important process of finally expressing and facing everything, good and bad. I didn’t spare myself any grace. I told it like it was. I had to do that.”

With the touring that Creed has been doing, it feels like it’s only a matter of time before a new album is released. I asked Scott 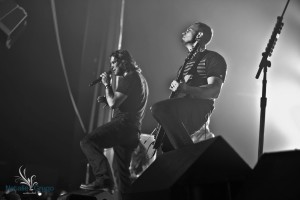 if writing his book had translated into any song writing, and he replied, “Most definitely. I found that at times, you’re writing and writing, and all of a sudden you’re like, whoa…there’s a song lyric here.” Scott later revealed that he and guitarist Mark Tremonti started writing new songs back in November 2011, and have 10-11 “solid ideas”. He said the band hopes to get into the studio and start tracking the songs soon after their current tour ends.

After our interview, I witnessed Creed live for the first time in a long time, and it’s evident that they have truly returned to form. The band had chemistry once again, and really appeared to be having fun. Scott, in particular, looked healthy and happy, singing with a sense of redemption in his voice. Their performance was powerful and epic, and for a moment it felt like Creed had never left.

Creed are one of the most successful rock bands of a generation. They exploded onto the mainstream in 1997 with their debut album, My Own Prison, which hit #22 on the Billboard Top 200. In 1999, their second album would prove not only to be the strongest of their career, but a true musical masterpiece. Human Clay debuted at #1 on the Billboard Top 200 and spawned four hit singles. The album’s last single, “With Arms Wide Open”, won the Grammy Award for “Best Rock Song” in 1999. Since it’s release, the album has been certified 11x platinum and 1x diamond in the U.S. alone, and sold over 20 million copies worldwide. It ranks #5 on Billboard’s 200 Albums of The Decade, and is #54 on the RIAA Top-Selling 100 Albums of All-Time (U.S.). I remember picking up the album like it was yesterday. All the videos were in constant rotation on MTV and VH1. I played the damn thing to death, and still throw it on every once in awhile. It’s a heavy and passionate record, equal parts riff and melody. It most certainly ranks high in the top hard rock/metal albums of all time, and all of music. 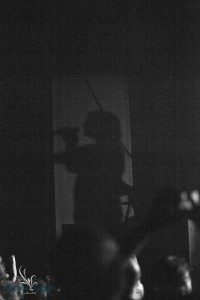 After extensive touring in support of Human Clay, Creed followed up their sophomore juggernaut with 2001’s Weathered. Bassist Brian Marshall had departed the band prior to recording, thus beginning the band’s path toward dissolution. Mark Tremonti handled the bass duties on the album. Although Human Clay was nearly an impossible act to follow, the band once again was on top of the world. The album debuted at #1 on the Billboard Top 200, and went 6x platinum with six hit singles.

Creed disbanded in 2004, and the members would go their separate ways down new musical paths. Tremonti, Marshall, and drummer Scott Phillips formed Alter Bridge with vocalist Myles Kennedy. Stapp embarked on a brief solo career, releasing The Great Divide in 2005, which hit #19 on the Billboard Top 200. Creed would reunite in 2009 for the release of Full Circle and a world tour to support. After their current U.S. tour, the band plans to continue working on new music, with an inevitable new album coming in the near future. Until then, get ready to grab a copy of Scott Stapp’s memoir, Sinner’s Creed, on October 2. When you purchase the book, it includes the code for a special download of a track, appropriately titled “Sinner’s Creed”, which Scott wrote to accompany the book. Creed is back, and some may say better than ever. Things have truly come full circle for the band, and theirs is a story of reunion, redemption, and revival. – by Matt Bishop (Photography by Natalie Grygo) 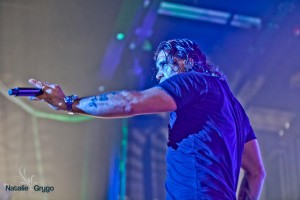