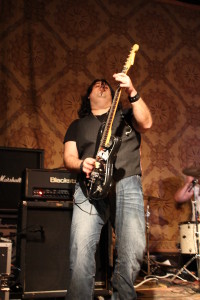 The Better Half guitarist Ronnie Howell is currently featured in the Roush Performance Racing Distractor Face Contest. Fans can vote for Ronnie, who is pitted against Hugo Ferreira (Tantric), Blake Allison (Devour The Day), and Kent Brooks (Like A Storm). The winner of the contest will have their face featured on the back of a Roush Race Car in an upcoming race. All voters become eligible to win a brand new 2013 Gibson Les Paul White ‘T’ guitar. To vote for Ronnie, click the link here – Roush Distractor Face Contest Voting. The Better Half have recently dropped their new single, “Lose My Cool (feat. Nick Perri of Silvertide)”, and are currently in the running to play the Rockstar Energy Drink Uproar Festival on August 9 in Scranton, PA alongside Alice In Chains, Jane’s Addiction, Coheed and Cambria, Circa Survive, Danko Jones, and many more. Vote for The Better Half here – Uproar Festival Battle of The Bands.

The Better Half are a straight-ahead rock ‘n’ roll band from Philadelphia, PA. In addition to headlining 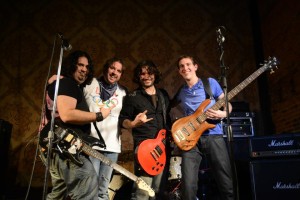 area venues like The North Start Bar (Philadelphia), Arlene’s Grocery (NYC), Crocodile Rock (Allentown, PA), The Trocadero (Philadelphia), House of Blues (Atlantic City), and The TLA (Philadelphia), the band has shared stages with the likes of Fuel, Halestorm, Cavo, ZO2, Black Stone Cherry, Adelitas Way, Sebastian Bach (ex-Skid Row), Saves The Day, and more. With a melody-driven hard rock sound, The Better Half are classic rock and modern alternative all at the same time. Throughout their career, they have drawn comparisons to mainstream artists like Foo Fighters, 3 Doors Down, Pearl Jam, Shinedown, Daughtry, Fuel, and others. 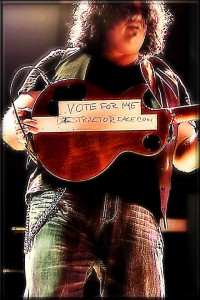 While the band is known for it’s high-octane live shows, they are famous for their soft side as well, often playing intimate acoustic shows in smaller venues around the area. The band just recorded a live acoustic performance for a highly-anticipated early 2013 release. In 2009, the band released their first outing, the Equilibrium EP. After 2 years of writing and recording, the band released their self-titled debut album, The Better Half, which was recorded and produced by Grammy-Nominated producer Jim Salamone of Cambridge Studios. To celebrate, the band SOLD OUT the World Cafe Live in Philadelphia for their Album Release Show. The band has garnered a huge loyal East-Coast fan base and hopes to keep expanding it with every show. – by Matt Bishop

The Summer Ticket Showdown Round 2 - Free tickets to Sevendust and Otherwise on 7/25 in Allentown, PA