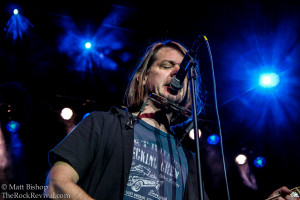 Throughout the last 75 years, music has gone through several golden ages. One of which was the rise of alternative rock in the 1990s. When discussing the highlights of the genre, one certainly must mention Soul Asylum. The band has had a long career filled with high pinnacles and some low valleys. For better and worse, they released their tenth studio album in July 2012. Now, Soul Asylum are back on the road and I had the opportunity to sit down with founder and frontman Dave Pirner to talk about the band’s legacy, their new tour, and what’s next for the band.

The co-headlining tour features Soul Asylum and Fountains of Wayne 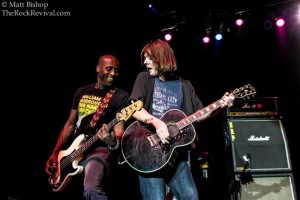 with special guest Evan Dando, frontman of The Lemonheads. “People seem to be coming and enjoying it and all that good stuff,” said Pirner. “I’m pretty much in my element.” Dave certainly seemed to be feeling good about how the tour has been going and how Soul Asylum has been playing. “You can just see people are sort of raptured by it because they attach a certain part of their life to it,” Dave said of the signature song. A while after the record’s release, the band actually stopped playing the song life for fear of it becoming redundant. After an overwhelming demand to put the song back in the set, the band began rocking “Runaway Train” and have always played it since. “It’s always fun for me to play, and it seems to invoke different things for different people,” Dave said. 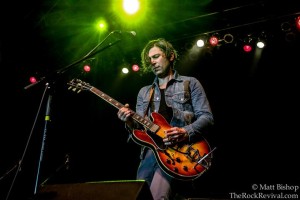 The band is still touring off their 2012 effort, Delayed Reaction, which cracked the Billboard Top 200 chart at #160. With it being over a year and half since it’s release, it could soon be time for a new Soul Asylum record. Dave said that at this time, the band has plenty of material for a new album written and recorded, and they’re in the midst of putting the final touches on the new tracks. Of course, the talk of new albums got us talking about old-school vinyls, and Dave made a very pertinent statement about the music industry and local record shops. “We gotta keep those stores alive, they’re important,” he stated. After this tour run wraps up, Dave said that the band is going to continue polishing up it’s new music, and tour sporadically. Then, Dave summed up Soul Asylum’s career in one profound statement. “The greatest incentive at all is to do it ’cause we can…and it’s fun, and if it’s not fun, then you probably shouldn’t do it.”

Soul Asylum were born in 1981, and grew up in the flourishing 90’s alternative rock scene. Straight out of Minneapolis, 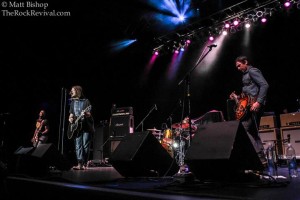 Minnesota, the band released their first four albums (three of which came out in 1986) on local record label, Twin/Tone Records. In 1988, Soul Asylum signed with A&M Records and released their major label debut, Hang Time. After touring, the band followed up with their sophomore effort, And The Horse They Rode In On. This would be their last outing with A&M. The band signed with Columbia Records to release their 1992 masterpiece, Grave Dancers Union. The disc peaked at #11 on the Billboard Top 200, and stayed on the chart for 76 weeks. Just a year after it’s release, the album was certified triple-platinum. After releasing five singles off the record, “Runaway Train” won the Grammy Award for Best Rock Song in 1993. 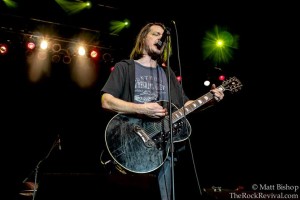 After touring for almost 3 years, the band released their seventh studio album, Let Your Dim Light Shine, in 1995. It debuted at #6 on the Billboard Top 200 and produced three hit singles. Like it’s epic predecessor, the album went on to be certified platinum. After 1998’s Candy From a Stranger, the band parted ways with Columbia Records and went on a long hiatus. In 2004, the band released a live album and returned to the studio to record a new studio LP. This would be the band’s last album with bassist Karl Mueller, as he sadly passed away from throat cancer in 1995. In 1996, Soul Asylum released the album, The Silver Lining, on Sony Music via Legacy Records. After hiatus, the band returned once again in 2012 with Delayed Reaction. Both of the band’s last two albums charted in the Billboard Top 200. – by Matt Bishop 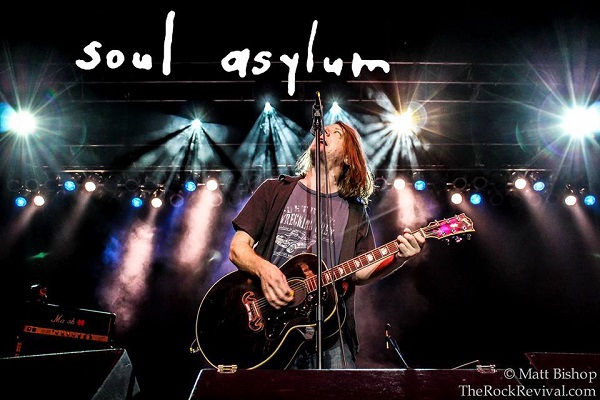