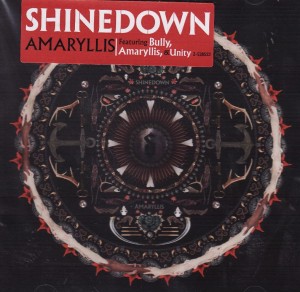 Mainstream hard rockers Shinedown have unleashed the new music video for their latest single, “Adrenaline”. The blistering track is the fifth single off the band’s 2012 fourth studio LP, Amaryllis. The album debuted at #4 on the Billboard Top 200, and #1 on Billboard Hard Rock Albums, Billboard Rock Albums, and Billboard Alternative Albums. Over the summer, Shinedown headlined the Carnival of Madness Tour with support from Papa Roach, Skillet, In The Moment, and We As Human. The band recently returned from a brief European run with Alter Bridge and Halestorm. 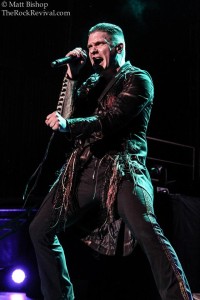 album, Leave A Whisper. The disc hit #53 on the Billboard Top 200, and has since been certified platinum. It spawned four hit singles, including an acoustic cover of Lynyrd Skynyrd‘s “Simple Man”, which has become a staple song in Shinedown live shows. The band toured for over a year in support of the record, and released the live DVD/documentary, Live From the Inside, in 2005. That same year, the band released their sophomore studio LP, Us and Them. It debuted at #23 on the Billboard Top 200 and was certified gold a year after it’s release. The album produced three hit singles, and the lead single, “Save Me”, went #1 on Active Rock Radio. The band toured in support of the record with Rob Zombie and Godsmack in 2006, and on the 2007 SnoCore Tour with Seether, Flyleaf, and Halestorm. 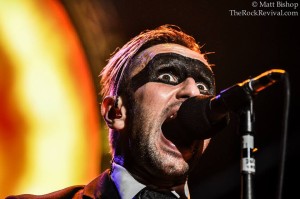 In 2007, Shinedown returned to the studio and released their third album, The Sound of Madness. Their biggest commercial success so far, it debuted at #8 on the Billboard Top 200 and sold over 50,000 copies in it’s first week of sales. A much heavier outing for the band, the album spent 134 total weeks on the Billboard chart (120 consecutively). It spawned an astonishing six hit singles, five of which went #1 on Active Rock Radio, with the exception of “If You Only Knew”, which hit #2. The album was eventually certified platinum. From 2008-2009, Shinedown toured relentlessly in the U.S. and Europe with the likes of Disturbed, Staind, Adelitas Way, Sick Puppies, Cavo, Chevelle, Halestorm, and others. In the summer of 2009, Shinedown played Download Festival in Donington Park, UK.  In 2012, Shinedown released their current record, Amaryllis, in March. That spring, the band co-headlined Carolina Rebellion with Korn in North Carolina, and co-headlined Day 1 of Rock On The Range 2012 with Incubus in Ohio. – by Matt Bishop (Photography by Matt Bishop) 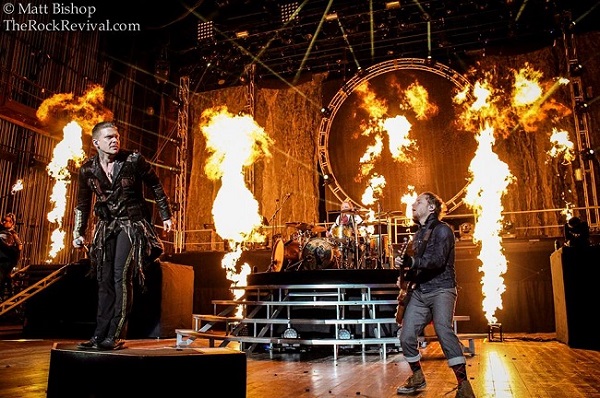