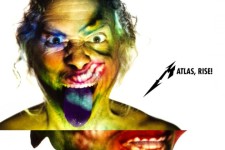 by Matt Bishop | October 31, 2016 Metallica have premiered another new track “Atlas, Rise!” from their highly-anticipated new studio album Hardwired…To Self-Destruct which drops on November 16. Stream the official music video for the new song above. Metallica’s new album is the long-awaited follow-up to their Grammy Award-winning 2008 gem Death Magnetic. The new… Continue reading

by Matt Bishop | August 18, 2016 Heavy metal titans Metallica have announced their brand new studio album Hardwired…To Self-Destruct. The record is due out on November 16, 2016 and is the long-awaited follow-up to their Grammy Award-winning 2008 gem Death Magnetic. The new album, produced by Greg Fidelman, clocks in at nearly 80 minutes.… Continue reading

Metal giants Metallica have announced a special 12-inch vinyl release of their new single “Lords of Summer”. The record will feature the original studio recording of the track, as well as the live version from Rock In Roma Sonisphere back on July 1 on Side A. Side B will feature the etched… Continue reading 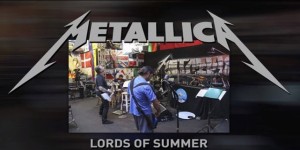 Finally. After suffering through the muddled audio of fan footage of Metallica‘s new track, “The Lords of Summer”, the band has posted an official demo version of the song that they recorded at HQ before hitting the road for their world tour run. Two nights ago, Metallica debuted the track in Bogata,… Continue reading 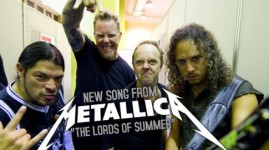 The metal gods have stood and delivered. For about two years now, there’s been much speculation on when new Metallica material would see the light of day. Since the first Orion Music + More Festival in 2012, the band has been stating that they are going to start the writing… Continue reading