A few nights ago, thrash metal titans Metallica premiered a brand new song on the firs tight of their By Request World Tour. The band had promised fans a new song in 2014, and they delivered. First, it was shaky, blurry fan-footage. Then, a day later, Metallica released a demo version of the song. Today, the band unleashed a pro-shot footage from “Lords of Summer” debut in Bogotá, Colombia. The new music video can be seen above. 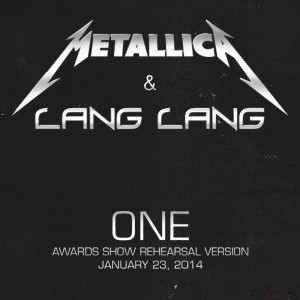 56th Grammy Awards in Los Angeles. Shortly after, the band released “One (Awards Show Rehearsal Version)”, a special recording made on January 23rd at EastWest Studios in Los Angeles, CA during rehearsals for their dual performance. A portion of the single’s sales will be donated to MusiCares, a Grammy foundation that provides services and resources for musicians, including financial, medical, and personal assistance. The song is available for download on iTunes now. Shortly after the Grammys, Lang Lang headlined Carnegie Hall in New York City. 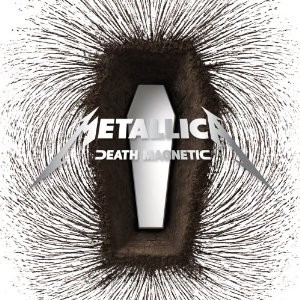 Metallica toured relentlessly in support of their 2008 Grammy Award-winning album, Death Magnetic. While the band did not tour as extensively in 2012, with the help of several major festival appearances (including their very own Orion Music + More Festival), they hauled in $86 million. Their last studio effort saw the band return to form. Both heavy and thrashy, it’s a nice mix of …And Justice and Black Album. The disc debuted at #1 on the Billboard Top 200, and has since gone multi-platinum. It was nominated for 5 Grammy Awards, winning two of them (“Best Recording Package” and “Best Metal Performance” for “My Apocalypse”). Metallica have begun working on their next studio album. Producer Rick Ruben, who won the Grammy for “Producer of The Year – Non-Classical” for his work on Death Magnetic, will once again be leading Metallica’s charge. Metallica released another live DVD from their World Magnetic Tour, Quebec Magnetic, last fall. It was the band’s first release on their own newly founded North American label, Blackened Recordings. In September 2013, the band released their first-ever feature film, Metallica Through The Never, an explosive live concert film combined with an original story line that thrilled fans in IMAX theaters around the world. Metallica kicked off their South American tour run last night, and are set to play several headlining shows and festivals this summer around the world. This time around, the band will be letting fans select the setlist for the tour. Fans will have the opportunity to vote for 17 songs out of the band’s approximate 140-track catalog that spans their 30-year career. – by Matt Bishop 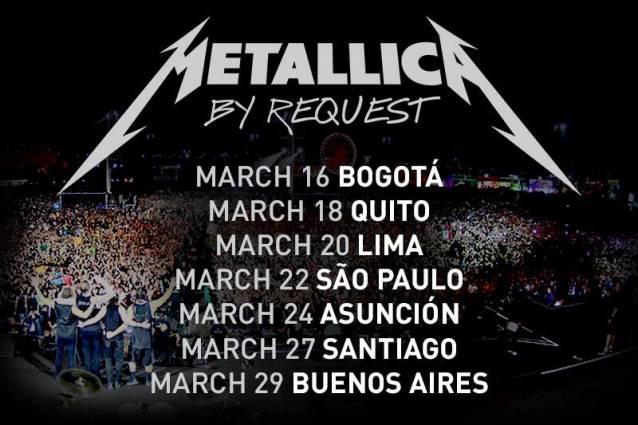 THE BLACK KEYS ANNOUNCE NEW ALBUM, 'TURN BLUE', DUE OUT MAY 13

AEROSMITH AND SLASH CONFIRM 2014 U.S. TOUR, DETAILS AND DATES TO BE ANNOUNCED