Today, the festival culture in music is thriving. All over the world, fans flock to festivals to immerse themselves in music and pop culture for days on end. Festivals cater to today’s fast-paced world. Provide a one-stop musical shop where fans can see many artists they enjoy and cross them off their concert list all at once. Some festivals are broken down by 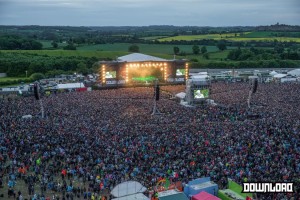 genre, others are an eclectic melting pot of whatever the hell the promoter felt like throwing together to make all types of fans happy. In America and Australia especially, large festivals like the Rockstar Energy Drink Mayhem Festival (US), Soundwave (AU), and Warped Tour (US) tour from city to city. In Europe, hard rock and heavy metal dominate with festivals like Download (UK), Rock am Ring (Germany), Hellfest (France), Grasspop Metal Meeting (Germany), and many others that attract upwards of 300,000 attendees. America is catching up, with festivals like Carolina Rebellion, Rocklahoma, Louder Than Life Festival, and Rock on The Range. This past spring, Rock on The Range saw more than 120,000 fans bang their heads for three straight days. 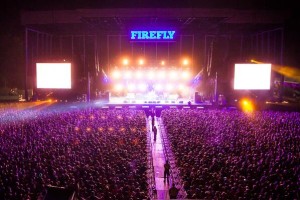 Then, there’s multi-genre festivals like Budweiser Made In America, Coachella Music & Arts Festival, Governors Ball, and Firefly Music Festival (all in America) that are only in their infancy, but still making a significant impact on the music scene. Only in it’s third year, Made In America will be expanding, holding a simultaneous weekend concert in Los Angeles in addition to it’s original location in Philadelphia. Back in June, Firefly hosted a crowd of 80,000 people over three days and boasted a diverse blockbuster lineup including Foo Fighters, Imagine Dragons, Outkast, Weezer, Beck, The Lumineers, Pretty Lights, Cage The Elephant, Childish Gambino, Band of Horses, Arctic Monkeys, Third Eye Blind, Young The Giant, Tegan and Sara, Phantogram, twenty one pilots, Chance The Rapper, City and Colour, and so many more. At a press conference during the festival, promoters already made a promise that Firefly would be expanding next year to bring a bigger and better experience to the fans.

where the original festival was held in Woodstock in 1969. The ’94 installment commemorated the 25th anniversary of the first festival. The lineup was a melting pot of some of the biggest artists in the world. An estimated 350,000 people were on-hand to see performances by the likes of Aerosmith, Nine Inch Nails, The Cranberries, Collective Soul, Blues Traveler, Cypress Hill, Rollins Band, Salt-n-Pepa, Sheryl Crow, Candlebox, Melissa Etheridge, Crosby, Stills, & Nash, Green Day, Santana, Red Hot Chili Peppers, Bob Dylan, Allman Brothers Band, Metallica, and many more.

Many of the bill’s young and hot up-and-comers like Nine Inch Nails, Green Day, Red Hot Chili Peppers, and others have gone on to be bonafide legends of today. Red Hot Chili Peppers are now 7-time Grammy Award winners and were inducted into the Rock and Roll Hall of Fame in 2012. In 2013, the band co-headlined Firefly Music Festival and were a featured act at Metallica’s own Orion Music + More Festival in Detroit, MI. Who can forget three punks that got into a massive mud fight on-stage with a couple hundred thousand fans? After their infamous mud-slinging performance at Woodstock and their breakout album Dookie that same year, those three punks called Green Day have gone on to sell over 75 million records worldwide. Nine Inch Nails enjoyed the fruits of their performance at Woodstock when the band won the Grammy Award for Best Metal Performance for the live version of “Happiness In Slavery” from the compilation album Woodstock ’94. In 2013, the band released their eighth studio album to much critical acclaim. They are currently on yet another tour leg supporting the Grammy-Nominated album with possibly their most visually-stunning stage show ever.

Now, we take a trip down memory lane in celebration of Woodstock ’94 on it’s 20th Anniversary. The three-day display of peace, love, and music paved the way for the likes of Firefly, Coachella, and many others. Perhaps in 2019, we’ll see Woodstock come around once again for the 50th Anniversary of the 1969 show that started it all. Below are some video highlights from the ’94 weekend. Enjoy the nostalgia. – by Matt Bishop