This fall, the Austin City Limits Music Festival is set to rock Austin, TX on October 3-5 and October 10-12. Pearl Jam and Beck are set to co-headline alongside Eminem, Outkast, Skrillex, Calvin Harris, and Lana Del Rey. The festival will feature many other standout rock acts, including The Avett Brothers, AFI,… Continue reading 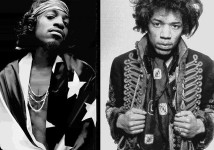