Home » FIRST CLIP OF OUTKAST’S ANDRE BENJAMIN AS JIMI HENDRIX IN UPCOMING BIOPIC, ‘ALL IS BY MY SIDE’

FIRST CLIP OF OUTKAST’S ANDRE BENJAMIN AS JIMI HENDRIX IN UPCOMING BIOPIC, ‘ALL IS BY MY SIDE’

Today, the very first clip from the upcoming Jimi Hendrix biopic has surfaced. Outkast’s André Benjamin (aka André 3000) is playing Jimi Hendrix. For the last few years, Outkast has been on hiatus, and Andre 3000 as landed roles in numerous films including The Shield (TV, 2004-2008), Be Cool (Film, 2005), Four Brothers (Film, 2005), Idlewild (Film, 2006), and Semi-Pro (Film, 2008). In 2006, Benjamin was nominated for an MTV Movie Award for Best Breakthrough Performance for his role in Four Brothers alongside Mark Wahlberg, Tyrese Gibson, and Terrence Howard. The film was written by John Ridley, who just garnered an Oscar last weekend for Writing (Adapted Screenplay) for 12 Years a Slave at the 86th Academy Awards. The film also won Best Picture. Ridley is also directing the Hendrix biopic. In the clip above, Hendrix is having a discussion with Linda Keith, played by Imogen Poots, about how he and Keith Richards (guitarist, The Rolling Stones) have both written songs for her. Unfortunately, the Hendrix Estate did not give it’s blessing for the film to be made, so it is unclear at this point how much of Jimi’s music will be allowed for use in the movie. This summer, the recently reunited Outkast will be performing at Coachella Music and Arts Festival in Encino, CA and Firefly Music Festival in Dover, DE. – by Matt Bishop (Footage Courtesy of Darko Entertainment) 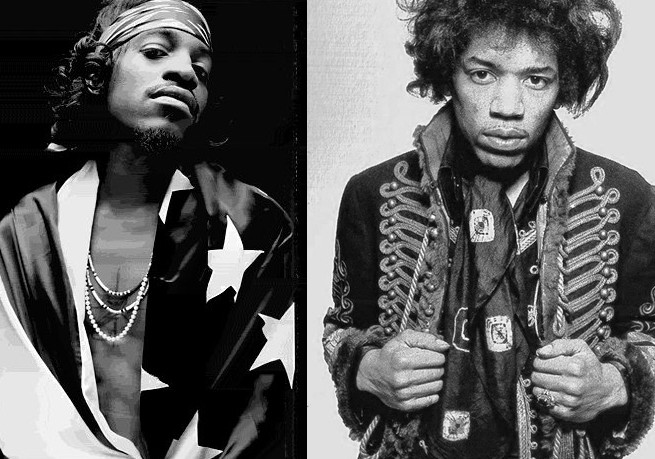