Last week, alternative rockers Kings of Leon and Arctic Monkeys were announced as headliners for Lollapalooza 2014 alongside rap icon Eminem and EDM superstar Skrillex. All four acts are Lollapalooza alumni. In 2011, Arctic Monkeys made their debut and Eminem headlined. Kings of Leon headlined the festival in 2009 and Skrillex performed in 2011 and 2013. The festival’s 10th Anniversary is set to take place on August 1-3 in Grant Park, IL. Today, a full lineup was announced, with Outkast and Calvin Harris signing on as the final two headliners. Also added to the eclectic bill are a slue standout rock and alternative artists including Cage The Elephant, AFI, The Avett Brothers, Young The Giant, Foster The People, Interpol, The 1975, Fitz and The Tantrums, The Airborne Toxic Event, Royal Blood, Portugal. The Man, Temples, The Head and The Heart, Manchester Orchestra, John Butler Trio, and many more. Last year’s lineup boasted stellar rock artists like Nine Inch Nails, Queens of The Stone Age, Mumford and Sons, The Killers, The Cure, Imagine Dragons, Ghost B.C., and many more. A complete lineup with additional headliners is expected to be announced next week.

Eminem released his much-anticipated The Marshall Mathers LP 2 in 2013, which 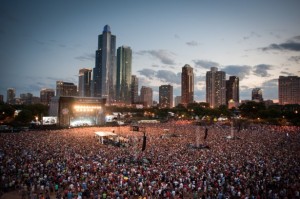 debuted at #1 on the Billboard Top 200 and has sold over 2 million copies to date. Arctic Monkeys just cleaned up at the 2014 BRIT Awards, winning Best British Group and British Album of The Year for their disc, AM. Kings of Leon are currently on an arena tour in support of their Grammy-nominated new album, Mechanical Bull. Both AM and Mechanical Bull made TheRockRevival.com’s list of the Top 50 Rock Albums of 2013. Skrillex just announced The Mothership Tour, which kicks off on May 23 at the Zoo Ampitheatre in Oklahoma City, OK. Young The Giant are currently winding down their Mind Over Matter Tour, which concludes on April 11 in Las Vegas, NV. The band will be playing the Firefly Music Festival in Dover, DE in June. The Avett Brothers are enjoying the success of their latest album, Magpie and The Dandelion, which debuted at #5 on the Billboard Top 200 back in October 2013. The band is set to co-headline Musikfest 2014 in Bethlehem, PA in August. Cage The Elephant also released an album last October, Melophobia. The album hit #15 on the Billboard Top 200, and the band toured North America with Muse last year. – by Matt Bishop (@The_MattBishop)(Top Right Photo Courtesy of Ashley Garmon, Cover Banner Courtesy of Chad Smith) 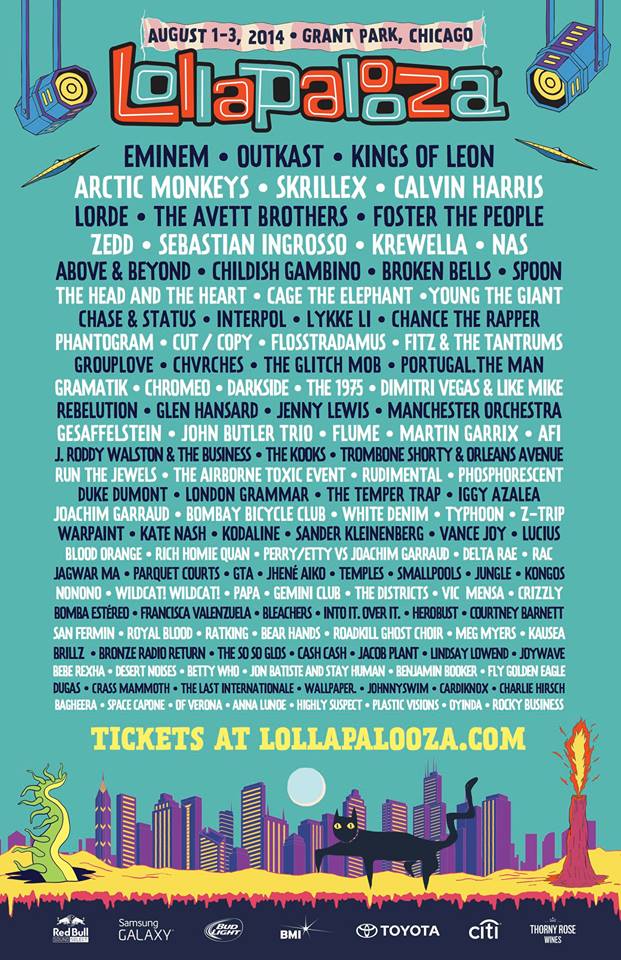