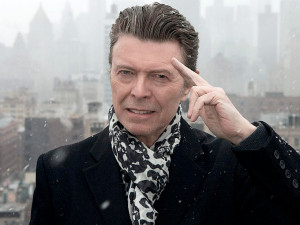 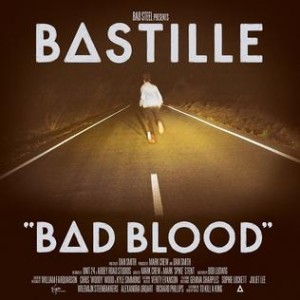 Kings of Leon, and Haim unfortunately lost the award for International Group to this year’s one-hit wonders, Daft Punk. Two artists that got overlooked were Heaven’s Basement and the iconic Black Sabbath. Heaven’s Basement released their gritty debut album, Filthy Empire, just over a year ago and should have been nominated for British Breakthrough Act. Black Sabbath released their long-awaited new album, 13, their first studio effort with Ozzy Osbourne since 1978. The album was nominated for the Grammy Award for Best Rock Album, and the disc’s lead single, “God Is Dead?”, was nominated for a Grammy Award for Best Metal Performance. Sabbath had a strong case to be at least nominated for British Single and British Album of The Year. Both albums were ranked in TheRockRevival.com’s Top 50 Rock Albums of 2013 (along with Arctic Monkey’s, AM). Fortunately, the evening featured as little One Direction as possible. The group did win the award for British Video, but it was decided by Twitter votes. Arctic Monkeys win over David Bowie for Album of The Year last night can only suggest that there’s a “Changing of The Guard” of sorts going on in rock ‘n’ roll, and in music. Young artists today are proving that they can create great music, sell records, sell out arenas, and fill the shoes of yesterday’s icons.

The ultimate highlight of the evening was the Arctic Monkeys’ acceptance speech when they received their British Album of The Year award. The band strutted to the podium, all dressed up as anyone should be for an award show, despite their genre. Frontman Alex Turner took the mic, and made a resonating statement for rock music: 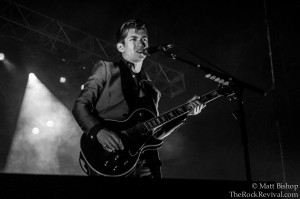 “That rock ‘n’ roll, eh? That rock ‘n’ roll, it just won’t go away. It might hibernate from time to time, sink back into the swamp. I think the cyclical nature of the universe in which it exists demands that it acquiesce to some of its rules. But it’s always waiting there, just around the corner, ready to make its way back through the sludge and smash through the glass ceiling, looking better than ever. Yeah, that rock’n’roll, it seems like it’s faded away sometimes, but it will never die. And there’s nothing you can do about it. Invoice me for the microphone if you need to.”

At that moment, Turner dropped the mic off the stage, and the band exited in classic rock ‘n’ roll fashion. It was like we were watching a movie, and someone slipped a single slide of The Rolling Stones into the projector reel. You saw a brief flash of the past, while watching the future.

Arctic Monkeys debuted in 2006 with their first album, Whatever People Say I 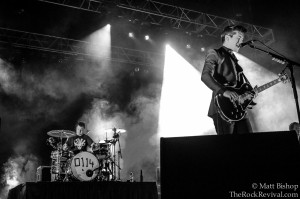 Am, That’s What I’m Not. The disc quickly shot to #1 on the UK Albums Chart and became the fastest-selling debut album in British music history. The follow-up, 2007′s Favourite Worst Nightmare, also hit #1 and won Best British Album at the 2008 BRIT Awards. It debuted at #7 on the Billboard Top 200 in the U.S. That same year, the band played the Austin City Limits Music Festival in Austin, TX. The year 2009 saw the band release their third LP, Humbug. Produced by Josh Homme of Queens of The Stone Age, it debuted at #1 in the UK and #15 in the U.S. A week after the album’s release, the band headlined the Reading and Leeds Festival. The band’s fourth album, 2011′s Suck It and See, gave the band their fourth consecutive #1 hit on the UK Albums Chart. In support of the album, the band embarked on a massive arena tour with The Black Keys. Arctic Monkeys recently released their fifth studio effort, AM. The album once again came out of the gate at #1 on the UK Albums Chart, and #6 on the Billboard Top 200. The band is set to co-headline Bonnaroo Music & Arts Festival in Manchester, TN in June.

David Bowie is one of the greatest solo artists of all time. To date, he has sold over 140 million albums. Bowie debuted in 1969 with his self-titled debut album. In the UK, he has 9 platinum records and 11 gold records in his 24-album discography. In January 1996, Bowie was inducted into the Rock and Roll Hall of Fame. His latest effort, debuted at #1 on the UK Albums Chart and #2 on the Billboard Top 200 and Billboard Rock Albums Charts. 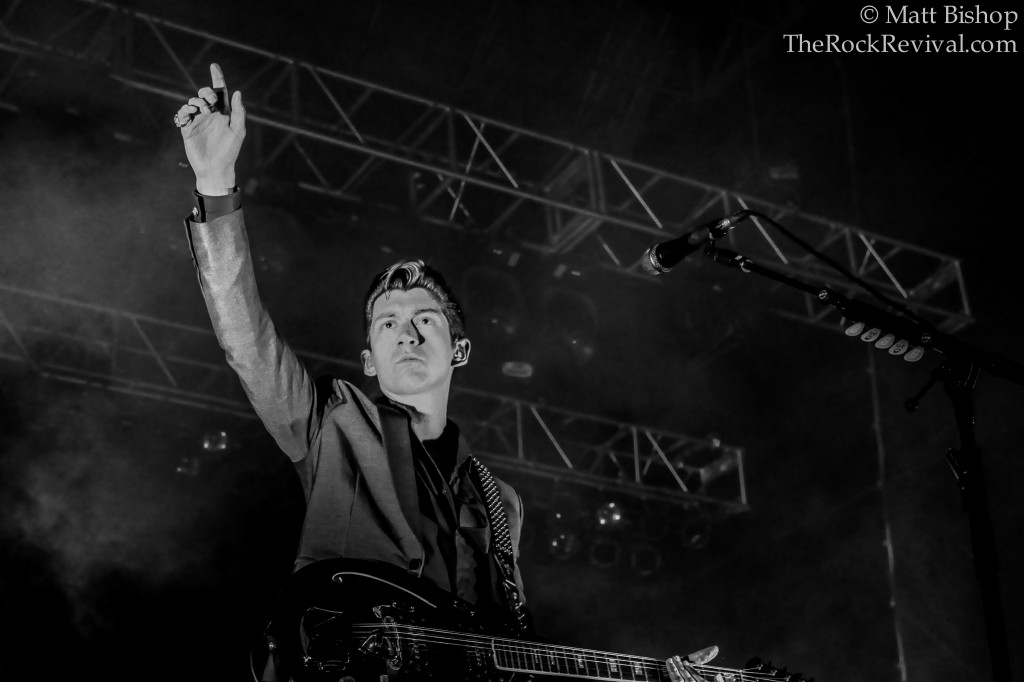