Summer is over, and so is festival season. But, Baltimore is having one last hoorah before the cool weather rolls in. On Saturday, September 27, Jane’s Addiction, Rise Against, Clutch, Halestorm, Gogol Bordello, Charm City Devils, Bad Seed Rising, and more are set to rock Carroll Park for one last festival fling at The Shindig Music Festival. Jane’s Addiction will headline with their dynamic live performance. Their last album, 2011’s The Great Escape Artist, debuted at #12 on the Billboard Top 200. The band toured in 2012 and 2013, hitting smaller theaters around the world. Rise Against are also at the top of the bill. The band is touring in support of their new album The Black Market which debuted at #3 on the Billboard 200 back in July. Last weekend, Rise Against were a featured act at the Budweiser Made In America Festival in Los Angeles. After a few more festival appearances, the band’s world headlining tour that kicked off on September 18 in La Jolla, CA. Other featured acts include Maryland’s own Clutch, Charm City Devils, and Bad Seed Rising, who recently supported Royal Blood in Philadelphia on their U.S. headlining tour. Clutch’s last album Earth Rocker ranked #30 on TheRockRevival.com‘s list of the Top 50 Rock Albums of 2013. Halestorm are another heavy-hitter on this year’s bill. The Grammy Award-winners are currently working on music for a new album, and will be touring with country-rocker Eric Church on select dates this fall. Tickets for The Shindig are available HERE. It’s your last chance to enjoy one last rock ‘n’ roll weekend before the sun officially sets on summer. – by Matt Bishop 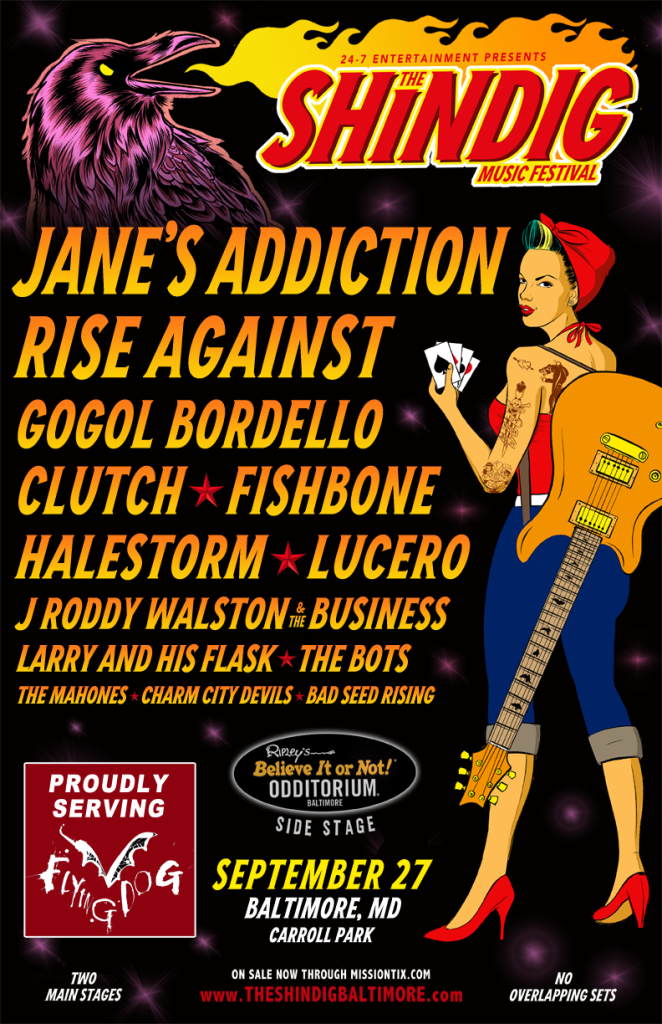