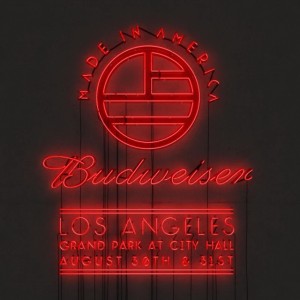 Here it is. Made In America Part Deux – Los Angeles. This summer, John Mayer and Imagine Dragons will headline Made In America in Los Angeles. The City of Angels will also feature stellar rock acts  Rise Against, Weezer, Cypress Hill, Sublime w. Rome, Mute Math, Capital Cities, Metric, Dr. Dog, and Terraplane Sun. Also set for LA are Kendrick Lamar, Steve Aoki, Afrojack, Chance The Rapper, Juanes Wolfgang Gartner, YG, 12th Planet, and many more. John Mayer’s latest effort Paradise Valley ranked #27 in TheRockRevival.com’s Top 50 Albums of 2013. For the last two years, Made In America has taken place over Labor Day Weekend on the Ben Franklin Parkway in Philadelphia, PA. This year, the festival will expand to a bi-coastal bash with Los Angeles serving as Philadelphia’s counterpart. Made In America will premiere in LA simultaneously with the Philly show on August 30-August 31. The 2014 Philadelphia Lineup was released earlier today. We’ll see if this year’s double-dose can pack the same incredible punch as the 2013 Budweiser Made In America Festival.

Curated by Jay Z, the Budweiser/LiveNation event has grown to one of the world’s premiere music festivals in just two years. In the past, the festival has boasted some of the best musical talent in the world, including top-tier rock acts like Nine Inch Nails, Pearl Jam, Queens of the Stone Age, Imagine Dragons, The Hives, The Gaslight Anthem, Phoenix, Gary Clark Jr., Fitz and The Tantrums, Walk The Moon, and more. Early-bird tickets for the 2014 installment are on sale now via www.madeinamericafest.com. – by Matt Bishop (@The_MattBishop) 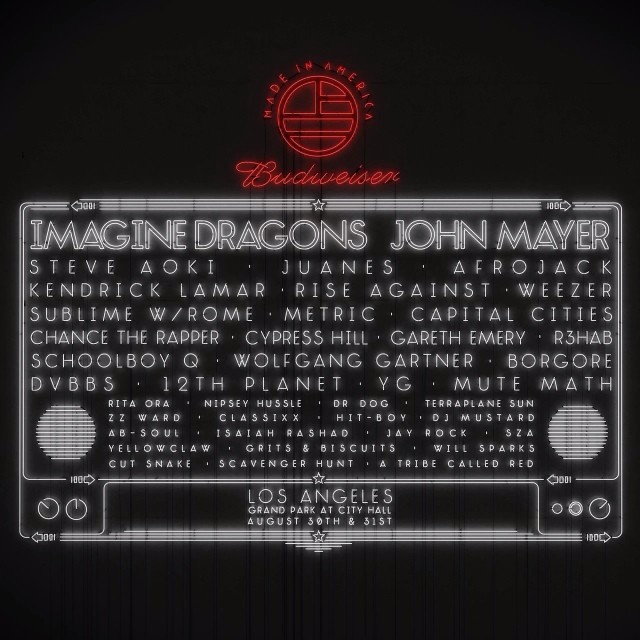 BUDWEISER MADE IN AMERICA 2014 PHILADELPHIA LINEUP ANNOUNCED - KINGS OF LEON, THE NATIONAL, CITY AND COLOUR, AWOLNATION, SPOON, KONGOS, AND MORE