This spring, one the hottest tours of the year is rollin’ across the country. Throughout February and March, The Hottest Chicks in Hard Rock Tour is bringing you Sick Puppies, Lacuna Coil, Eyes Set To Kill, and Cilver. These four bands feature some of the baddest bitches in rock ‘n’ roll, and the trek will be hitting 20 cities across the nation, wrapping up on March 20 at The House of Blues in Anaheim, CA. Sick Puppies released their fourth studio LP, Connect, back in July 2013. The disc debuted at #17 on the Billboard Top 200. Lacuna Coil have been busy in the studio working on their new album, Broken Crown Halo, which is set to drop the day after the tour ends on March 21. Eyes Set To Kill are still touring off their latest effort, Masks, and up-and-comers Cilver just dropped their debut EP, In My Head, on February 20. Tickets are on-sale now via HottestChicksTour.com – TICKETS. 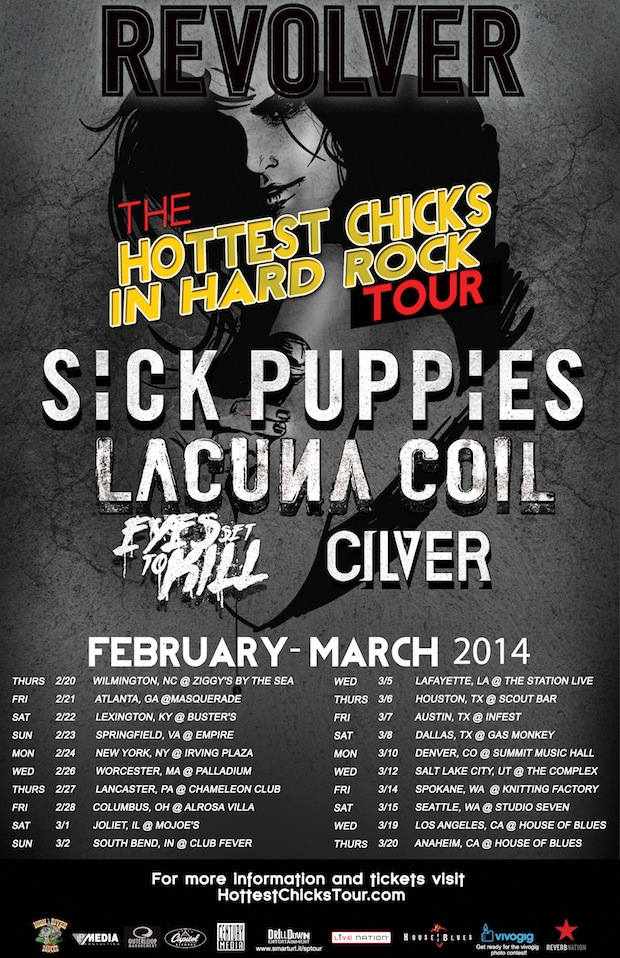