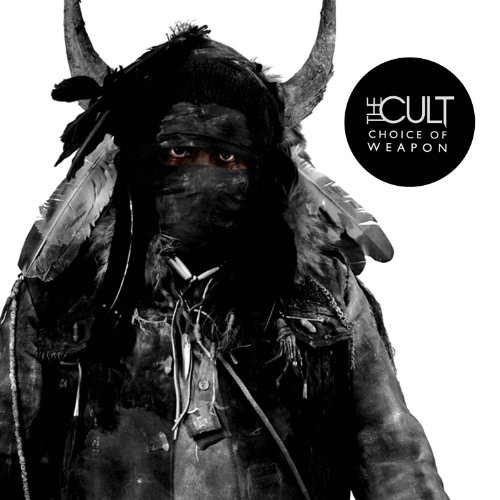 The Cult have long been one of the most unique bands in rock ‘n’ roll. Forming in 1984, The Cult proceeded to carry on England’s hard rock tradition started by the likes of Led Zeppelin, Motörhead, and Black Sabbath. Throughout their illustrious 28-year career, the band has incorporated many different elements into their music, from the the smooth, ’80’s rock anthems of 1989’s Sonic Temple to the straight-up heavy metal assault of 2001’s Beyond Good & Evil (one of my favorite albums of all time).

In 2012, The Cult are back with an all-encompassing album, Choice of Weapon (Cooking Vinyl Records), that mixes up all the elements they’ve experimented with over the years into one big culminating melting pot. The record is a deep one, and there’s a lot here for the listener to wrap their head around. Frontman Ian Astbury has aged well like a good whiskey in a barrel, resulting in a deeper, smoother delivery. On tracks like “Elemental Light” and “This Light In The City Forever,” his voice sounds almost haunting. Guitarist Billy Duffy is on top of his game here, and get’s things off to a rocking start with a simple, hard riff on “Honey From A Knife.” Arguably the two best songs on the record are “The Wolf” and the album’s first single, “For The Animals.” They are everything you would expect (and want) from a Cult track; sonic assaults with soaring riffs and vocals. Let’s not forget The Cult’s new and experience rhythm section of John Tempesta (White Zombie, Helmet, Testament, more) on drums and Chris Wyse (Ozzy Osbourne) on bass. Though they’ve been with The Cult since 2006 and played on 2007’s Born Into This, Choice of Weapon marks their studio debut as official band members. Their experience speaks volumes, and they keep the album tight from start to finish.

The Cult’s fans from every phase will find something to listen to on Choice of Weapon. The album is another triumphant comeback for the band, and is perhaps the most well-rounded record of their career. On April 21, the band released a limited edition 7-inch vinyl picture disc of “For The Animals” and “Lucifer” for Record Store Day. The album release followed on May 22. Since then, The Cult have been guests on Jimmy Kimmel Live, VH1’s That Metal Show, Rockline, and more. The band is currently on the U.S. leg of their Choice of Weapon World Tour. Get your tickets, choose a weapon, and CRANK IT UP! – by Matt Bishop

Shinedown Brings Sounds of Madness to Rock On The Range 2012