Styx and Foreigner added to Musikfest 2013 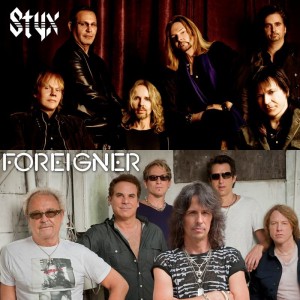 Classic rockers Styx and Foreigner were confirmed this morning for Musikfest 2013. Along with Frampton’s Guitar Circus (feat. Peter Framton, B.B. King, and Sonny Landreth), the rock portion of this year’s festival is shaping up nicely. The two hit-making machines will headline the Steel Stage on August 7. Tickets for the show are $44 and $54, and will go on sale March 26, 10 a.m., to ArtsQuest Members and March 29, 10 a.m., to the public and be available at musikfest.org.

Styx were one of the biggest bands of their era. Hailing from Chicago in the early 1970s, they were the first act ever to record four consecutive triple-platinum albums. The group’s first hit single, “Lady”, reached No. 6 on the Billboard Singles Chart. During the second half of the decade, the group produced numerous hits including “Come Sail Away,” “Renegade,” “Blue Collar Man” and “Fooling Yourself”. The band’s Paradise Theater album, released in 1980, became the band’s biggest hit, selling more than three million copies in a three years. The follow-up, 1983’s Kilroy Was Here, hit #3 on the Billboard Top 200 and went platinum. Today the group – Tommy Shaw, James “JY” Young, Lawrence Gowan, Todd Sucherman and Ricky Phillips – continues to tour across North America, performing music spanning the band’s entire four decade career. 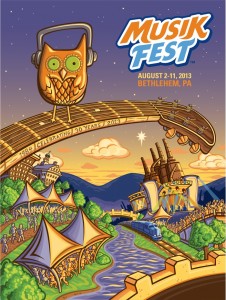 Top 200. In one decade from 1977-1987, the band released six triple-platinum albums. Their spophomore effort, 1978’s Double Vision, has been certified 7x platinum by the RIAA. Throughout their illustrious career, the group has produced 16 Top 30 hit singles, including nine that made the Top 10 on the charts. Among the band’s biggest singles are the smash “I Want to Know What Love Is,” which topped the charts in 1984, as well as “Waiting For a Girl Like You,” “Double Vision,” “Hot Blooded,” “Feels Like the First Time,” “Urgent” and “I Don’t Want to Live Without You.” In 2012, three of the band’s songs – “I Want to Know What Love Is”, “Juke Box Hero”, and “Waiting For a Girl Like You” –  were included in the blockbuster movie Rock of Ages, starring Tom Cruise, Russell Brand, Alec Baldwin, Catherine Zeta-Jones, Paul Giamatti, and more. – by Matt Bishop